On one of the first hot days in May, hops farmer and brewery owner Gail Winters is out in the field “stringing the hops” – creating the trellises the bright green plants will use to Jack-and-the-beanstalk their way toward the sky. Gail and intern Raina Milnes stand on a custom platform atop a pickup truck, snipping off last year’s coconut fibre ropes and looping new ones over the lead wires. Staffer Ryan Brownrigg inches the truck ahead on their call. Two acres will take three days.

These vines are at the heart of Gail and her husband Phil’s plans for an eco-friendly on-farm brewery, bottle shop and tasting shed. They launched their first recipe, GoodLot Farmstead Ale, last summer on tap in area restaurants and in cheerful sunflower-patterned cans at the LCBO this past March. Gail describes it as approachable to people who aren’t hard-core craft beer drinkers, with a “honey backbone and stone fruit undertones.” 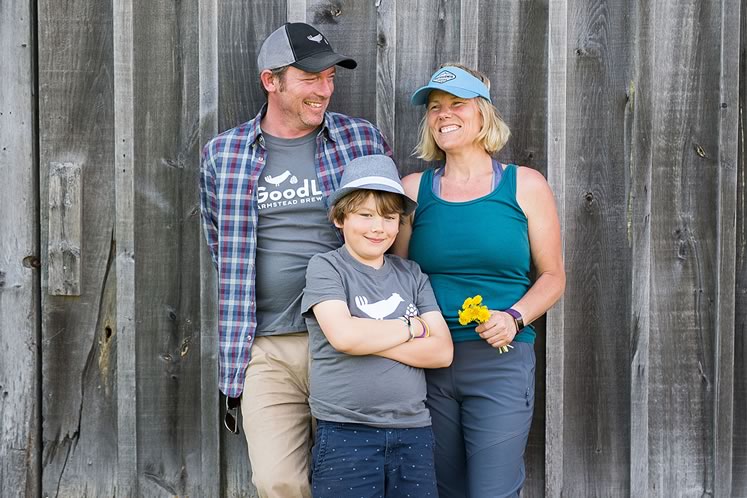 Phil and Gail Winters and their son Will. Photo by James MacDonald.

Gail grew up in Caledon, but she and Phil were living in Toronto when they pulled stakes and moved to this 28-acre farm on Shaws Creek Road in 2009. Gail was pregnant with their son Will and still commuting to freelance film producing gigs, but decided to try organic hops farming in 2010, planting her first crop the next year. She became a founding member of the Ontario Hop Growers’ Association soon after. GoodLot now makes about 8,000 litres a month on contract with another Ontario brewery until their brewing barn is completed. A separate bottle shop with outdoor seating and snacks comes next, followed by a driveshed “official” tasting room in 2019 – fuelled by their aim to be community partners and builders. “We see our farm becoming a community hub.”

Phil left his job in renewable energy this spring and oversees sales and the renovation of the 38 x 52-foot space, designed to be an air-tight, “carbon-zero building” with energy off-set by solar power installed on the roof. The contractors – The Fourth-Pig Worker Co-Op, based near Lake of Bays – passed every sourcing decision through a “carbon calculator,” right down to which blue painter’s tape to use. Spirit Tree Estate Cidery owner Tom Wilson was an early supporter, giving the couple hard-won advice about permit and construction regulations. Gail says GoodLot’s slow but steady pace is baked into the business plan: “We’re a working farm and we’re going to roll everything out organically.”

The Winters are busy attending and hosting culinary and environmental events, including a GoodLot and cheese pairing event with Palgrave chef and cheesemaker Sarah Caylor and a tour of the operation for a group of women working in the renewable energy field. And orders from their earliest and ongoing customers, the Busholme, Ray’s Third Generation Bistro in Alton, and Orangeville’s Black Wolf Smokehouse, Soulyve and Mill Street Pub, among others, are sustaining that roll-out. “That laid the groundwork. It was critical for us that locals try it first,” says Gail. “People loved the concept.” (One rule: If they approach a restaurant and a local tap would have to be removed to make way for GoodLot, they’ll back away.) 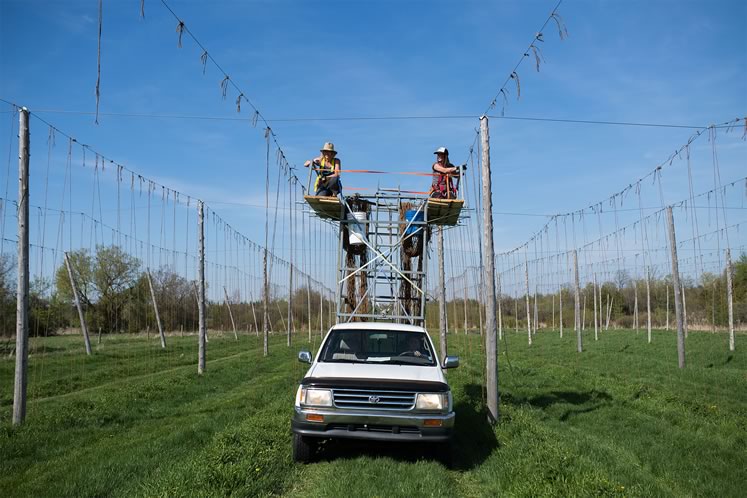 Down from her truck perch, Gail – her shoulders brown from the spring sun – heads inside their farmhouse for a cold can to share with Phil. The farm’s chickens burble around a corner as she takes a sip and smiles. “It’s like sunshine in a can,” Phil says, catching her eye. 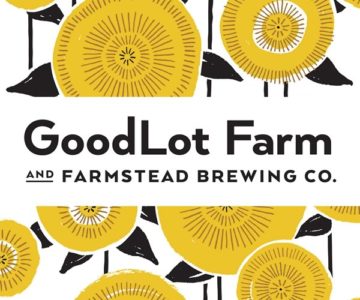