Behind the pages: Many of our contributors are otherwise actively engaged in the life of community.

Over the past 25 years regular readers have come to know many of our contributors – not just here in our pages, but because many of them are otherwise actively engaged in the life of community. Their keen extracurricular enthusiasms are one of the reasons we feel proud to have them on our masthead. Here’s what some of them will be up to this fall. We hope you’ll pay them a visit. 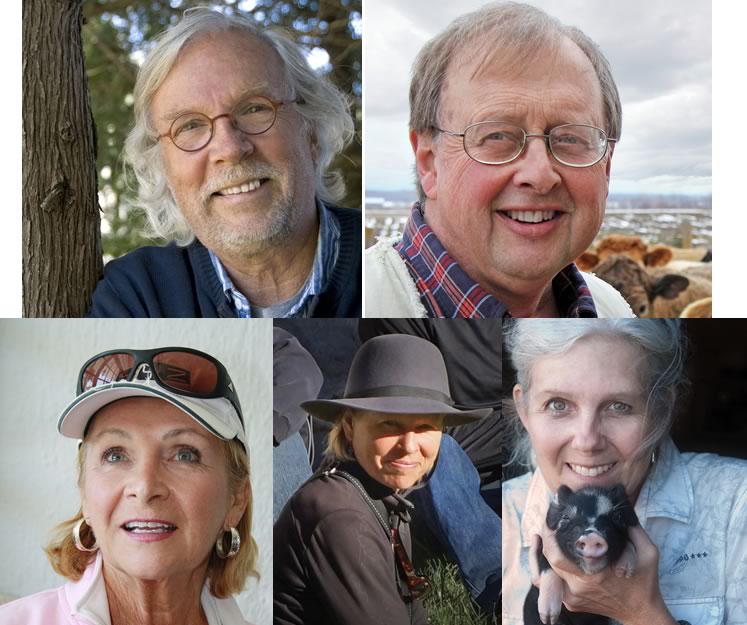 Pete Paterson has contributed his expertise behind the camera to countless nonprofit community organizations, but he reserves the biggest part of his very big heart for the work he does for Facilitation Wellington Dufferin. FWD helps people with developmental disabilities to participate as full citizens within the community.

In an exhibition called LifeActually, at the Museum of Dufferin from October 28 to December 23, Pete’s compelling portraits of the people he’s met through FWD reveal the diverse character and humanity of individuals too often viewed through the dim lens of stereotype.

Dan Needles needed no introduction when he began writing a column for In The Hills six years ago. His Wingfield Farm plays were a well-established national treasure, though as the playwright, Dan was most often behind the scenes. Now’s your chance to see him in the flesh onstage at Theatre Orangeville. From September 19 to 23, he’s teaming up with folksinger Ian Bell in True Confessions from the Ninth Concession, based on Dan’s eponymous book, a collection of his columns from this magazine and Harrowsmith. Prepare yourself for a lively evening of story and song.

Gail Grant, who writes our Over the (Next) Hill column, came by her passion for active living into the golden years honestly. When she was 67 she climbed with her daughter to the summit of Mount Kilimanjaro. You can hear her recount her adventure at the Albion-Bolton branch of Caledon Library on October 16.

Nicola Ross, who has contributed scores of articles to this magazine since 1997, has in her other life authored a series of books about hiking in our hills and beyond. Now she has turned her considerable talents to decorating fanciful walking sticks – and is offering a class to show you how.

And finally, in addition to her editorial photos for us, Rosemary Hasner has produced a highly imaginative body of fine art photography. You can check out her fascinating work virtually at blackdogcreativearts.com and see the real thing during the North of 89 Studio Tour on September 22-23.