A Network of Care

Here is a rundown of programs and services currently available for teens and young adults with developmental disabilities.

In the past few months, Ontario’s Ministry of Children, Community and Social Services has made significant changes to key provincial and local programs and services available for teens and young adults with developmental disabilities.

The government of Premier Doug Ford says its goals are to improve efficiency within the care system and reduce wait times. Few would argue with these objectives.

In a 2016 report called Nowhere to Turn, Ontario ombudsman Paul Dubé reported on his office’s investigation of more than 1,400 complaints from families of adults with developmental disabilities who have been abandoned, abused, unnecessarily hospitalized and jailed. The Liberal government of the day accepted the report’s recommendations and vowed to improve the system.

According to a report by TVO, as of March 2017, there were still 15,700 unfilled requests for adult residential spots and 13,500 for community services.

While endorsing the goal of improving access, advocates for children and adults with cognitive impairments fear the reality will be that funding for programs that are cut or altered will not be plowed back into a system already woefully strained and, as a result, some young people with developmental disabilities and their families will be thrust into crisis.

The government’s spring 2019 budget is expected to clarify the level of funding for all its programs. In the meantime, families are lobbying hard to protect the interests of their children.

Here is a rundown of programs and services currently available.

This provincial funding program helps pay for specialized care in the home for children up to age 18, as well as for respite care for parents and other supports. Funding is limited by a fixed annual budget, so once funds for a given year are allocated, other eligible applicants are placed on a wait list for the following year.

This provincial program, started in 2017, provides money to families with children who have autism spectrum disorder to help pay for care and to connect to therapies and services. In early February, the Ford government announced changes, including increased funding for diagnoses. The goal was to clear a backlog of families waiting to be assessed. The funding model is also changing, with more money directed toward early interventions for younger children and reduced funds for supporting older kids and teens. In an example provided by the government, a child entering the program at age two would be eligible to receive a total of up to $140,000 until age 18, while a child entering at age seven would receive a total of up to $55,000, the amount some families pay for a single year of intensive therapy. The new direct funding model will be based in part on financial means. Families with an annual household income of less than $250,000 will be eligible to receive some level of funding.

This is the first stop for parents when a child with developmental disabilities turns 18. It is the provincial portal through which parents apply for the Passport program (see below). DSO also helps parents connect to community programs and services, such as the Community Living network (see below). The young adult must be professionally assessed and determined to have lived with the developmental disability before turning 18. For Dufferin, Peel and Wellington residents, the local office is DSO Central West Region.

Since 2012, the Passport program has enabled families to apply for direct funding once their child with a developmental disability turns 18. This direct financial support is spent on day programs and other services in their communities. Last year, the Ontario Liberal government pledged to grant everyone who is eligible at least $5,000 and up to $40,000 annually to clear a backlog of people waiting for funding. The amount of funding received is based on whether applicants are in a precarious living situation, the behavioural supports available, their medical needs, the support they have at home and the medical, physical and mental condition of their caregivers.

Like the money available from SSAH, Passport funding is limited by a fixed annual budget, so eligible applicants are often placed on a wait list for the following year. Recent reports say 18,000 people are currently waiting – and parents say it can take months, and sometimes years, to receive payment. Once approved, they may have to wait again for an opening in an appropriate program. Families apply for Passport funding via Developmental Services Ontario (see above).

This Ontario- and Canada-wide network of nonprofit organizations offers live-in care in group homes for adults with developmental disabilities, as well as various recreational, educational and support programs in their communities. Community Living also partners with outside organizations to create unique programming. Community Living Dufferin, for instance, teams with Theatre Orangeville to offer Creative Partners on Stage. In Ontario, Community Living is funded mostly by the Ontario government, with additional financial support from regional governments, charities, donations and drop-in fees. Parents apply for Community Living placements via DSO (see above.)

In Headwaters, there are three Community Living groups:

In late January, Community Living Ontario, a federation of Community Living organizations, submitted a pre-budget recommendation to the provincial government in favour of consolidating SSAH and Passport into a “single direct funding program that puts an end to the often-needless assessment and re-assessment of people.” The aim is to eliminate the lag in funding and services after a person with developmental disabilities turns 18.

The Ontario public school system offers a seven-year high school program called Planning for Independence. Once assessed, students can participate in both mainstream and specialized programs tailored to their needs and abilities. Upon graduation, students receive a Certificate of Accomplishment.

This process refers to programs that connect adults with developmental disabilities to counsellors who help them set and implement goals related to housing, employment and life purpose.

In January 2015, the Ontario government began funding an independent facilitation demonstration project led by the Ontario Independent Facilitation Network. Since then, the network has helped 1,700 young people obtain jobs and volunteer positions, and make decisions affecting their lives. It is currently serving 1,321 clients, but as of April 1 this year, the province will end the $3.1-million annual funding for the pilot, and the plans of many OIFN clients may be in jeopardy. (On its website, the OIFN is gathering signatures for a petition urging the government to reverse its decision.)

Facilitation Wellington Dufferin, the group serving Headwaters, received about $255,000 in funding last year. As a result of the government announcement, they have laid off their staff of nine. Director Joanna Goode says 100 people in the area use the service, but the numbers are expected to shrink significantly when the program starts operating on a fee-for-service basis. “It’s a huge blow for families,” she says.

An Orangeville-based nonprofit recreational day program that began in 2015 for adults aged 21 and older.

A Brampton-based nonprofit recreational day program formed by parents in 2009 for adults 21 and older.

For about 20 years, this organization has offered day camps, single-day outings and field trips, swim lessons and other activities across Dufferin County. The programs are designed for children and young adults with autism spectrum disorder and related disorders, but all are welcome.

This nonprofit Mono farm opened in 2016 and uses a United Kingdom-based therapeutic model that harnesses the power of nature to help children and adults with developmental disorders and other challenges increase their confidence, mobility, self-esteem and well-being. Day visits, camps, family counselling and therapy are offered. 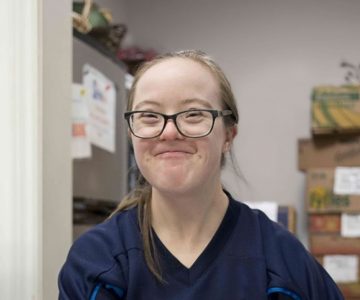 In “Game Changers” in this issue, Johanna Bernhardt reviews the complexities of the care system and has an extended visit with one group of local families who created a homegrown solution to one perennial anxiety.