Is Noah’s Ark taking on water?

By the time many of us reach our senior years, the idea of marching two by two – the culture of coupledom – is often just a receding memory. The death of a spouse, the dissolution of a relationship, or perhaps a conscious choice to live a solitary life means living alone is a reality for many seniors.

The most recent census revealed that about 1.5 million of us, or roughly 26 per cent of people aged 65 and older, live on our own. For women, who outnumber men, the figure is even higher: fully a third of senior women live alone – and for women aged 80 and older, the figure shoots up to nearly half.

Ten years ago this coming August, Kathryn MacDuffee suddenly lost her husband of nearly 50 years. “While there was a sea change in my life after Dick’s death, I realized that it was a good time to stop and assess what was important to me,” said the 83-year-old. “I tried to look at it as a new beginning, and I knew that it was up to me to make the most of this new phase.”

For Kathryn, the most wrenching decision was to sell the large Caledon property where she and Dick had built the home in which they raised their four children. And though she leaned heavily on family and friends for the first few years, she was determined not to be defined solely as “Dick’s widow.” She learned to let go of things that had been part of her identity during her married life.

Moving into Palgrave, the former teacher and journalist, who still blogs occasionally on themes that inspire her, made the adjustment to village living. She also stepped up her community involvement, and continues her hiking and biking expeditions. Most winters are spent on Cortes Island, just off the British Columbia mainland, where she can be close to both her daughters, who have settled in the area.

Kathryn also makes an effort to spend a couple of days a month in Toronto, keeping up with the theatre scene and what’s going on at the Art Gallery of Ontario. To supplement her voracious reading habit, she has discovered the massive scope of podcasts, which help to satisfy her self-confessed “gluttony for new experiences.”

“I’d be lying if I said I didn’t look back with longings and remembrances, but I have learned to cherish the present moment, every single day,” she said. “So I am grateful and thriving with this phase of my life.”

Many of my group of married friends say if they were to find themselves on their own, either through choice or circumstance, it’s “never again.” They know they are quite capable of managing on their own – and some secretly long for more alone time.

Others say they would give dating apps a try, with a view to seeking an occasional companion for dinner and a movie, a plus-one as company at a social obligation, or perhaps a travelling companion.

A newly single life requires adjustments, but facing these with courage and enthusiasm – and viewing the differences as a new beginning rather than longing for what was – can make all the difference.

And if we’re fortunate, our circle of friends can help with the little things. The old “boy-girl” seating arrangement around the dinner table loses its importance, last-minute dinner invitations are a delight, and girls’ or boys’ nights out become a lifeline. Joining a service club, reactivating a former interest in playing poker or bridge, or perhaps developing a spiritual practice can all help to refocus a newly single life.

There are times when being single can feel like a waste of emotional resources – where is the other voice when you want to discuss the news or latest podcast, or to share a marvellous turn of phrase from a current book? But not having to review every decision with someone else can be liberating. 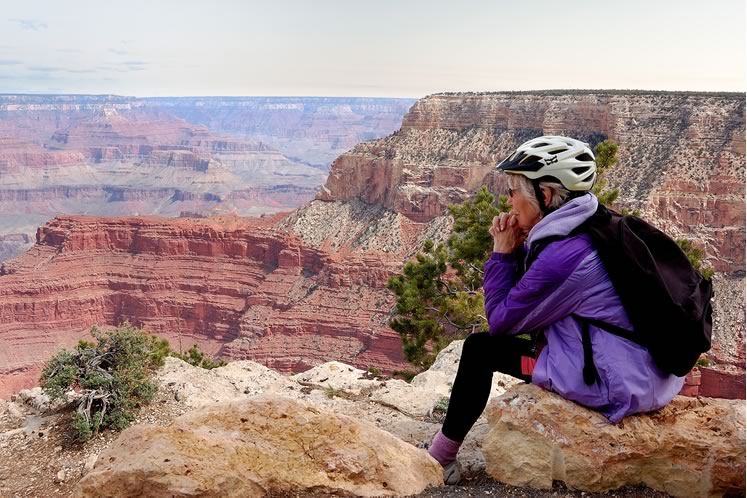 After her husband’s death, Kathryn MacDuffee determined to make the best of the new phase in her life. Hiking expeditions with friends included a trip to the Grand Canyon in 2015. Photo by Rosemary Hasner / Black Dog Creative Arts.

In our youths, the baby boom generation smashed through many of the taboos and social norms that defined relationships. A half century or more later, we are continuing that revolution. The phenomenon of “apart-ners,” or what’s often called LAT (living apart together), in which two people are in a committed, long-term and loving relationship without cohabiting, is a trend our older generation seems to be enthusiastically adopting. Neither person gives up autonomy, and both have space and time to do their own thing, often re-energizing the relationship after time spent apart. The ennui that can weigh down some marriages is avoided. 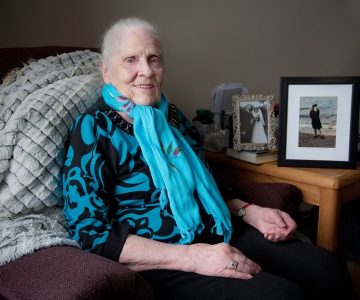 Born just before the Great Depression, Alice spent her teen years at Forks of the Credit, where her father worked for the railway. 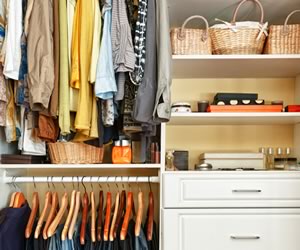 Cleaning Out the Closets

As each decade has clicked into the next, one thing in my life has remained constant: lack of adequate closet space. 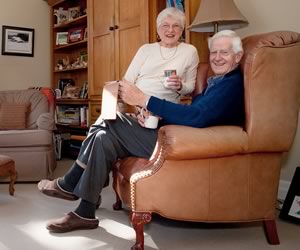 Is it Time to Downsize from the Family Home?

Moving is always stressful, but for a senior, it can be overwhelming. The family home holds a lifetime of memories. If family isn’t nearby to help out, it may be time to call the experts.