So is my thinking foggy here? Until recently, I would have argued that it is primarily women who sustain friendships over the long term, while men tend to focus on things short-term, such as the latest hockey score, fish catch or golf match.

Apparently not so. In fact, two local gentlemen of a certain age were somewhat offended by my attitude.

Fletch Keating of Caledon talks about his group of 20 or so men who first got together on the squash courts during the 1970s – and still meet regularly for coffee.

“Back then, most of the guys were in their 30s and played three and four times a week, primarily as a way to stay fit. Depending on the time of day, we either headed for the coffee shop or the bar postgame,” he said. “It is a disparate group in terms of wealth, social status and lifestyles. Some were always talking about their cruises and travels; others were just getting by.” 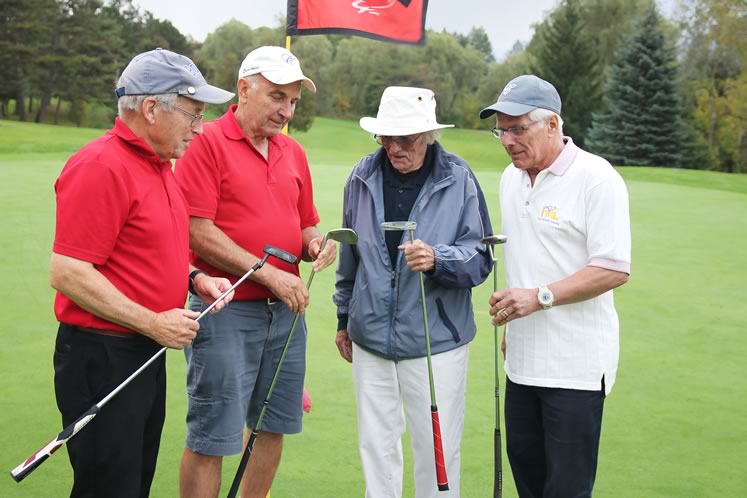 An annual golf tournament and a potluck Christmas get-together became routine as the men gained more control of their time.

Fletch recalls that the maintenance man for the coffee shop’s building was a regular with the group. When his health started to deteriorate, he was retired from his maintenance job. Knowing that their friend had no family and very little money, some in the group found him a small house to live in and chipped in to assist with his living expenses – then helped him again when the time came for him to move into a nursing home.

With many in the group now pushing 80, squash is no longer an option, and those who talk of working out are apparently razzed unmercifully. “This group has been together for so long that posturing is no longer part of it,” says Fletch. “We may not be quite as noisy now, but the group still provides a backstop and social interaction for any of the guys who gather around the coffee table.”

And then there’s the example of Bob Pillar, who also lives in Caledon. About 10 years ago, he hosted a 60th birthday party for his younger brother. The guest list was made up of a number of mutual friends from their elementary school days in Scarborough and came together through the magic of the Internet.

“When the day arrived, I was amazed to watch the group of men fall into the same roles they had played as boys 50 years ago. There was the clown, the intellectual and the conciliator, albeit each with less hair and more girth,” says Bob.

Nicknamed “the scribe” because of his regular emails to group members, Bob has been instrumental in organizing local senior men’s golf days in the summer and hockey games in the winter. “Coffee time postgame is as important to the guys as is the game. As a group, we make a point of acknowledging major events in members’ lives … It’s not unusual for a birthday cake to show up. Updates on various medical conditions are a regular part of the conversation,” he says.

This all brings to mind a grassroots movement that began more than a decade ago in Australia. Called the Men’s Shed Association, the organization has expanded the traditional backyard shed into a communal space where men gather for activities such as woodworking, bike repair, creative cooking, musical jam sessions and even yelling at the TV during playoffs.

What a great idea for Headwaters.

Still – and this may be my own gender bias at work – I can’t help but wonder whether men relate to one another as easily and to the same depth as women. What I hear men saying when they talk about friendships is that they can find male friends to watch a game with, but they wouldn’t know where to turn for advice about domestic troubles or emotional issues.

It’s said that women relate eyeball to eyeball; men shoulder to shoulder. Have our parenting methods resulted in men’s reluctance to share problems, even with close friends, or to ask for advice or even just a friendly and compassionate hearing?

Friendships magnify in importance as we age. They keep us balanced, supported and are a major source of happiness. So perhaps the important factor is not so much how we engage, but that we do engage. 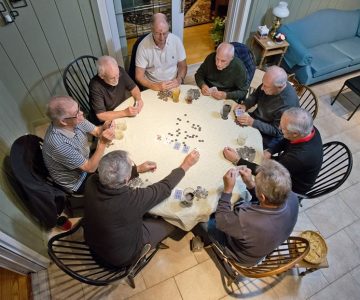 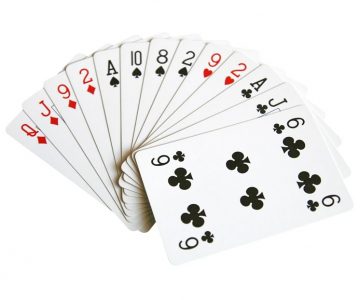