Fly fishing has a language all its own. For instance, the feathers used to create the lures at the heart of the sport are called “hackles.” Most commonly they are the shorter cape hackles from the neck of commercial fowl or the longer saddle hackles from the fowl’s back.

A “wet fly” isn’t wet, it’s intended to dip below the surface, imitating water-born insects in their nymph stage. A “dry fly” is designed to skitter across the water like the grown insect. And in this world, a CDC is not a public health agency monitoring coronavirus, it’s a sassy French abbreviation for cul de canard, a buoyant feather near the oily preen gland on a duck’s rear end. 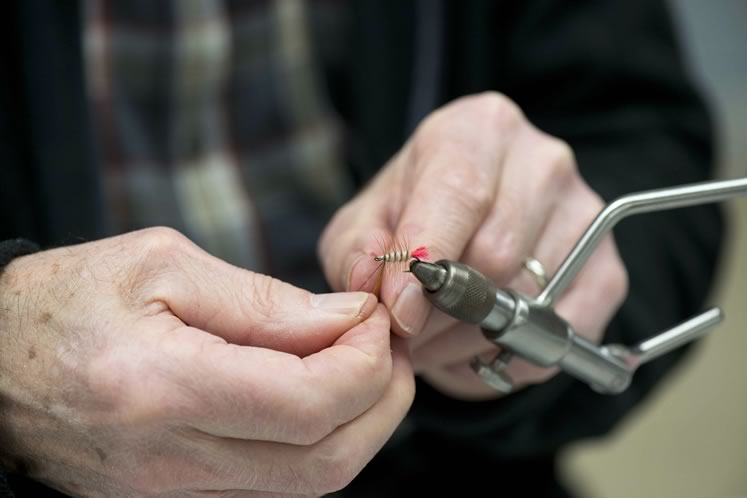 So at a gathering at the Mono Mills Community Centre on a recent February night when fly tyer Brian Vickery asks, “Who’s got some chenille and a bobbin?” there are no raised eyebrows. The dozen assembled members of the Headwaters Fly Fishing Club need no translation for the fuzzy pipe-cleaner-like material, nor the metal tool that feeds out a spool of thread. 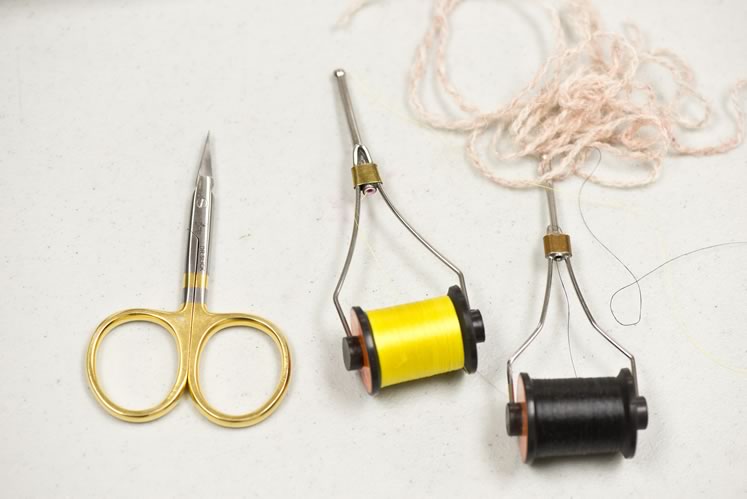 Tools of the trade include bobbins, wool yarn and scissors. Photo by Pete Paterson.

Bags full of tying materials are laid out on a table alongside a display of some classic flies that Brian, who lives in Ballycroy (near Palgrave), borrowed for the occasion. There’s a Dark Montreal with red and brown hackles and a pointy red and yellow Mickey Finn. Some ties, like the Woolly Bugger and the Woolly Worm, imitate a range of insects, larvae and worms, each able to lure a variety of fish, from brook and lake trout to salmon. Others, like the tarpon fly Brian holds up, are designed to lure particular species. “Mine never look that good,” a man in a green cap and plaid shirt calls from the crowd.

There are two divergent schools of thought on the craft. Accuracy is king for fly tyers who tie thread to mimic the ribs of an insect or carefully paint a realistic mayfly, stonefly or caddisfly face on the eye of the hook. Others think, “Fish don’t give a hoot,” says Orangeville resident Graham Goss, who may use electric yellow hackles and deep purple thread on a hot-pepper-shaped body to create a critter you’ve thankfully never seen in real life. As Graham snaps opens his fly case, Everett resident Istvan Nemenyi scans it and notes Graham’s œuvre is indeed impressionistic. Graham says a fish only needs to see two fluttering wings – unrestrained tufts of a hackle – to think it’s seeing food. “I don’t aspire to realism, I just want to catch fish.”

Either way, Brian – who is also a staff pro at Mount Albert’s venerable 110-year-old fly fishing outfit, the Franklin Club – displays an additional talent for understatement as he observes tying flies is “a matter of wrapping thread and keeping it tight.” In a flash, he gathers components, clamps a gleaming steel hook in a vice and ties the Woolly Worm – a fuzzy caterpillar-looking creature. In constant motion, he wraps polymer thread around the hook as a base. He places a red hackle along the shaft, its end tufting out at the hook’s bend. Later, holding a brown hackle, he runs his fingers against the grain along its spine, creating spikes. He lays it over the red hackle and secures its tip. 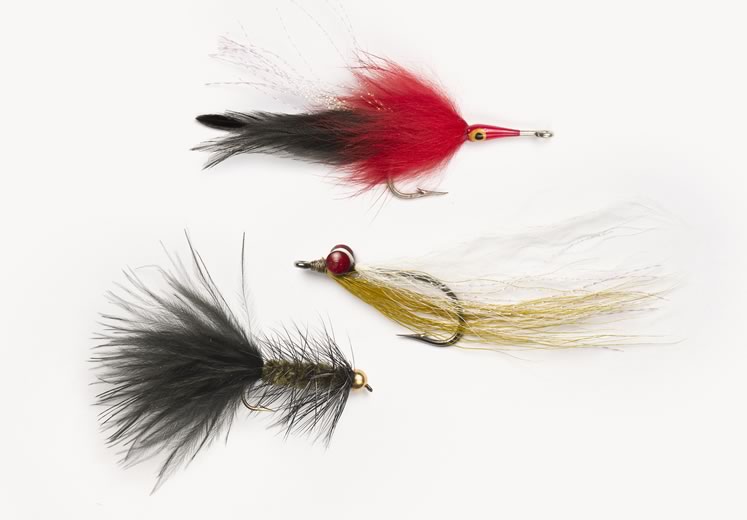 Fly fishing ties, from top: A tarpon fly, a Clouser Minnow and a Woolly Bugger. Photo by Pete Paterson. 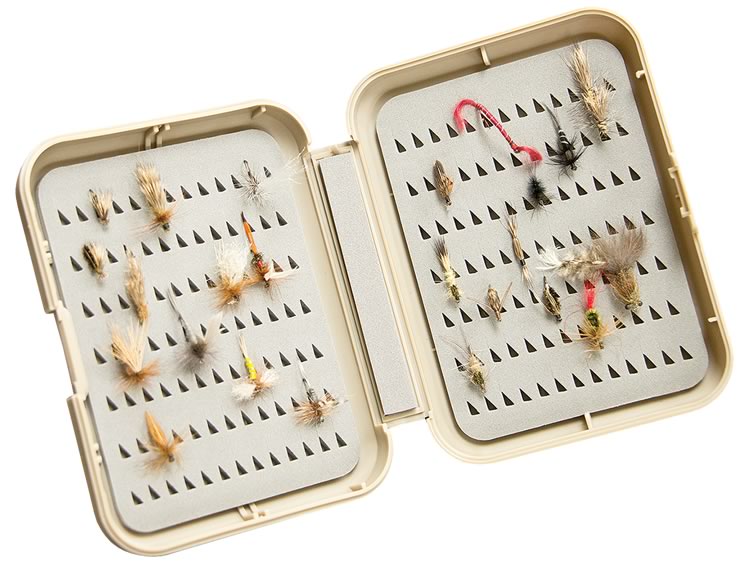 A fly tying case, is filled with ties created at each meeting and given away as a door prize. Photo by Pete Paterson.

He fashions the body using beige wool, leaving gaps between the thread to keep it fluffy. After securing a last brown hackle, its fuzz haloing the fly’s body, he uses a whip finish to tie off. “That is never coming undone,” he says. Last, he coils bright yellow thread below the eye as the flashy “attractor head” and seals it with a dab of another member’s clear Sally Hansen Hard As Nails.

For Graham this practice can be addictive. “It’s the fly fisherman that’s hooked,” he says. “It can really take over your basement.” (It can also take hold of your wallet if you’re eyeing collectibles. A box of flies tied by late industry great Megan Boyd of Scotland went for £22,000 recently.)

The folks here understand this about one another. The club, founded in 1997, meets twice a month from October to April. Every other meeting is a “tie-in,” in which a member shares his or her favourite ties and techniques. They come, they tie, and they talk. “We could all be sitting at home watching a video, but we like each other’s company,” says Istvan. 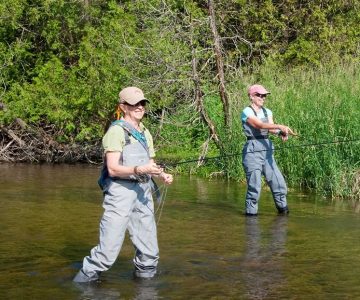 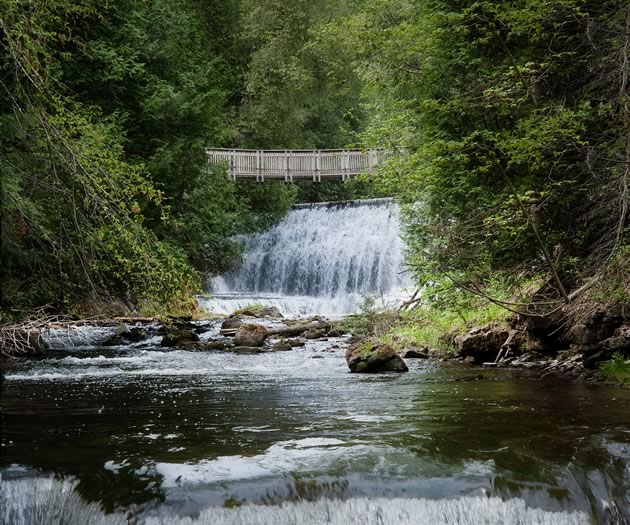 Rivers Run Through Us

Water springs up all around us in the streams and rivers and marshes and pools of the four major watersheds that sculpt our landscape and feed three Great Lakes. 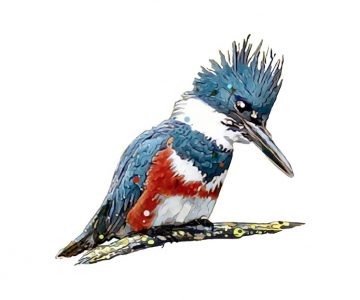 The Credit, the Humber, the Grand and the Nottawasaga rivers are home to a lively community of creatures that form a complex, interdependent web of life.