While most moths release their pheromones after dusk, promethea moth females are an exception.

Years ago, In The Hills publisher Signe Ball asked me to write an article on moths. You know – those small, brown jobs that flit around outdoor lights on sultry evenings. Boring, bland, and even annoying should they slip into the house through an open door.

I introduced readers to a few moths of transcendent beauty with the goal of challenging popular perceptions. Three spectacular moth ambassadors – luna, cecropia and polyphemus – were highlighted in my article. 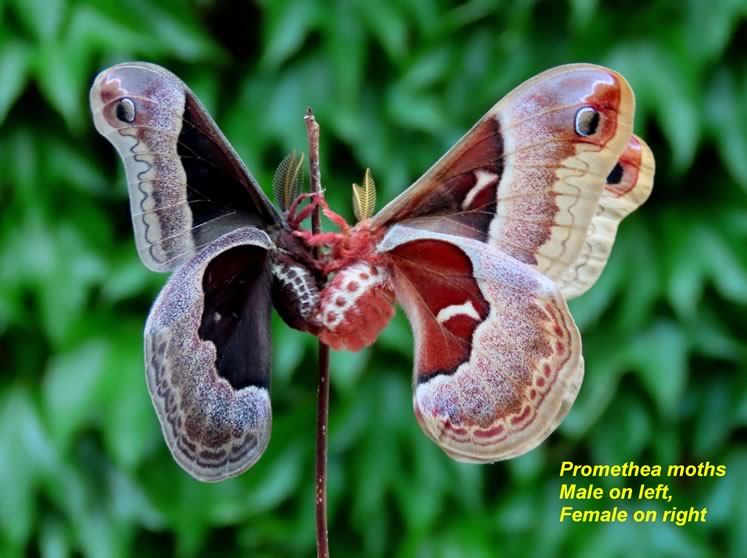 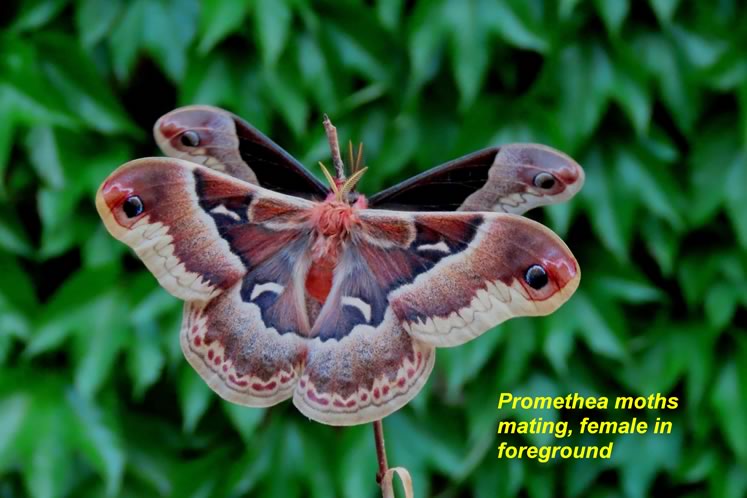 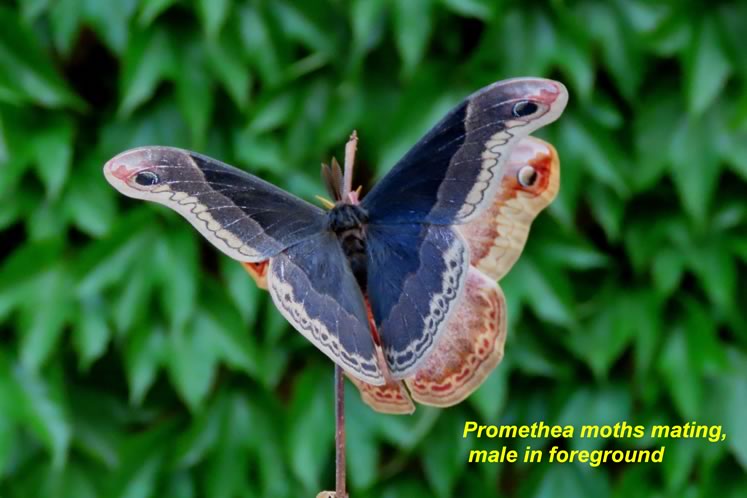 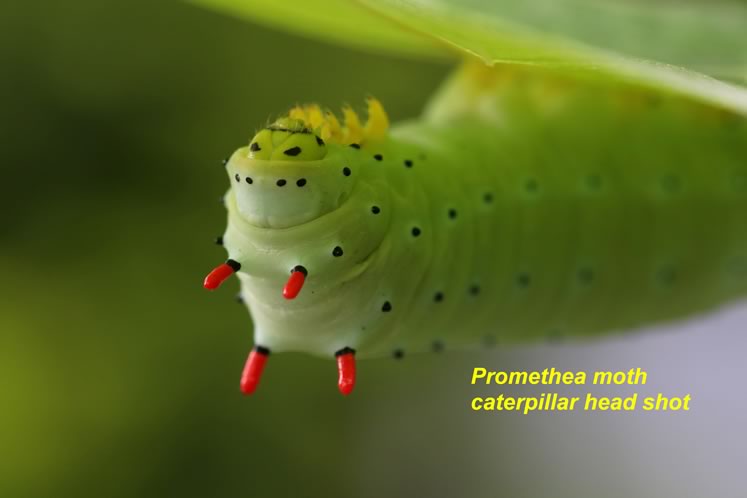 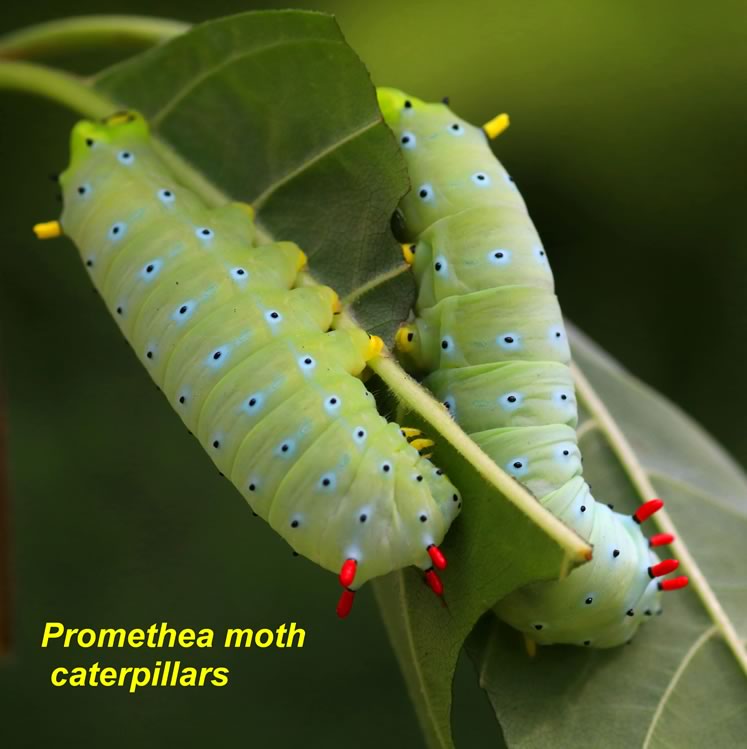 But research for the article prompted me to discover many other beautiful moths and my appreciation of these night flyers grew. Moths are diverse, wondrous and shrouded in mystery due to their largely nocturnal habits.

I raise moths now and look forward every spring to the arrival of male moths who appear in my backyard as if magically conjured out of thin air. They use their bushy antennas to track the pheromones released by the females.

While most moths release their pheromones after dusk, promethea moth females are an exception. They lure males in the late afternoon.

The males fly upwind, tracking increasing concentrations of pheromone molecules until they find the females. These promethea males are very dark, quite different from the warm brown tones of the females.

Speculation is that the dark hues of male promethea moths mimic the colour of poisonous pipevine swallowtail butterflies. Flying during the day demands extra protection from predatory birds.

The males usually find the females in my yard around 5 p.m. They soon couple and remain together through the night. The following day they separate – he to find another mate, she to lay her eggs.

While adult promethea moths are beautiful, their caterpillars are whimsical green creatures flashing four striking red tubercles above their heads.

I’m glad Signe asked me to write about moths back in 2006. The fascinating world of mothdom opened its doors. I’ll be pleasantly occupied exploring that world for more years to come. 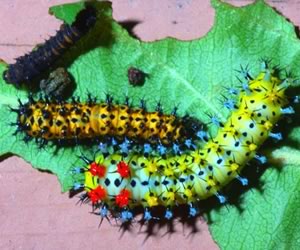 Cecropia moths: Strange and wonderful phantoms of the twilight world. 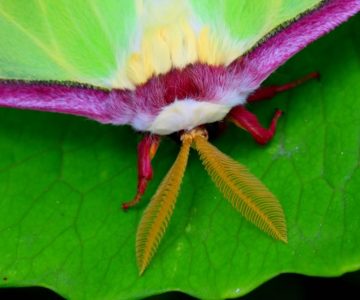 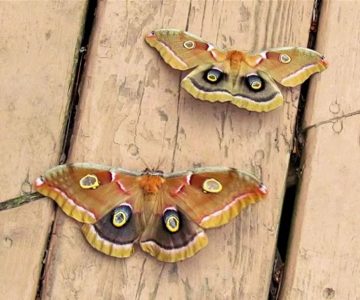 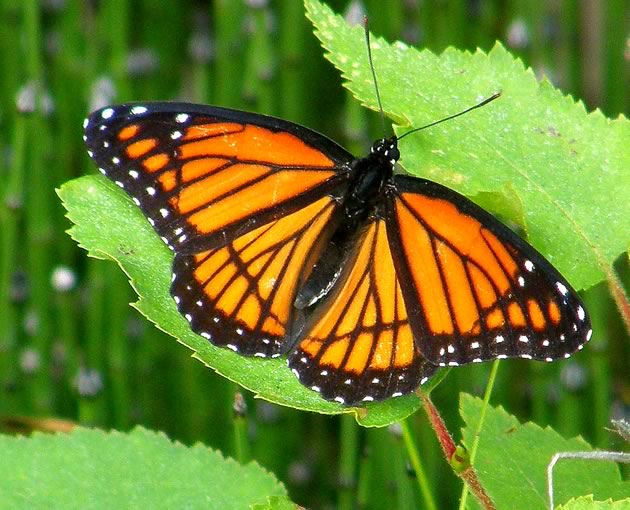 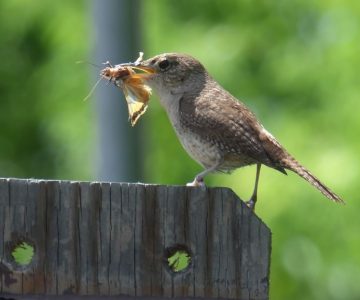 Birdsong – Brought to You by Bugs

I recently had the pleasure of watching a pair of house wren parents feed their babies in a backyard nest box. 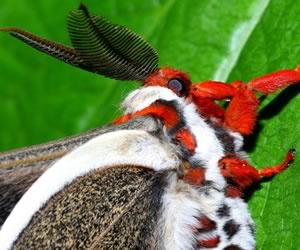 Nighttime flyers with a sweet tooth! (ironic considering they have no teeth at all!). If you plan to host a dinner party for them, a mélange of sugary foods and alcohol is called for. 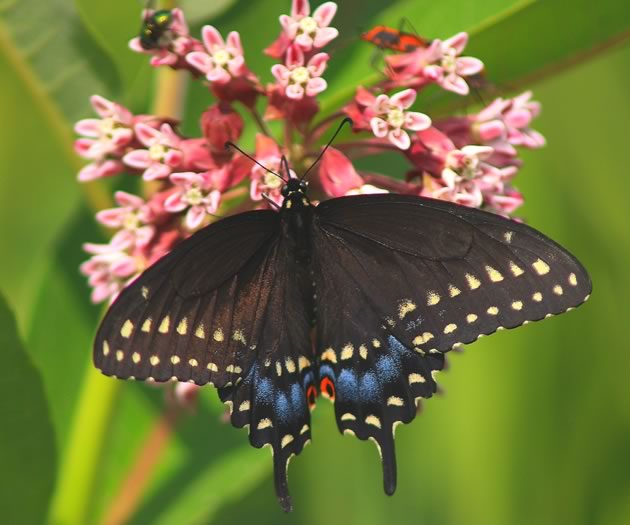