Sigrid Wolm may have closed her iconic kitchen store, but she’s far from ready to retire.

Martha Stewart was all the rage when Sigrid Wolm first opened the doors of her Kitchen to the Table store in Orangeville 1998.

At the time, naysayers predicted her business selling high-end kitchenware wouldn’t last a year. But in July, when Sigrid closed the store for the final time after 22 years, the store had become an iconic fixture of the local retail scene, and Sigrid a respected and involved member of the business community.

Automatically a member of the town’s BIA when she opened at her first location on Broadway, Sigrid wasn’t content to leave the work to others. Instead she jumped in by joining the board, helping direct the BIA’s activities for the next 10 years.

Along the way she also found time to lend her energy and enthusiasm to the board of Headwaters Tourism. 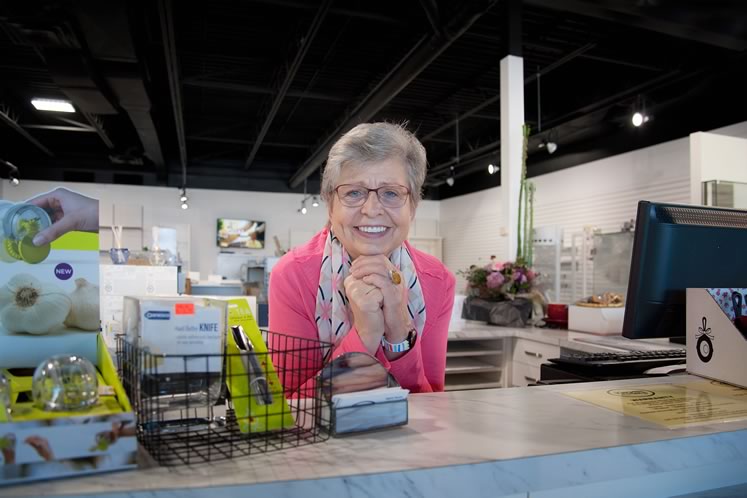 Sigrid is a faithful supporter of many local charities, but she identifies most with Theatre Orangeville (because everybody deserves culture), Headwaters Health Care Centre (you never know when you might need its services), and the SPCA (because that’s where her heart is). And as a store owner, she could often be counted on to produce a spectacular gift basket for The Maples Academy.

Born in Germany in 1955, she immigrated to Canada in 1981, worked in Toronto for a number of years, and finally found her home in the Orangeville area in 1986. A very proud Canadian, she has travelled the country extensively – even making a mid-February trip to Baffin Island.

About her retirement from the store, she says, “I’m healthy, full of energy, and have lots more to give. My future may involve working with seniors, or with young people, but I know I will find something to get involved with that will define the next phase of my life.”

Sigrid thrived in retail through hard work and a positive attitude, and she’s not ready to walk into the sunset quite yet. 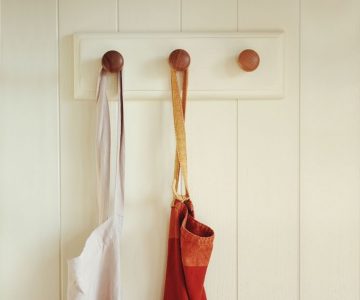 Hanging Up My Apron