Natural inks made from foraged plants gave this artist a way to heal her body and share her passion for the outdoors.

Artist Melissa Jenkins remembers when she truly embraced the beauty of the natural world around her. It was March 2017, and she had been walking the field behind her home in rural Erin. This walk was, in itself, no mean feat. Back then there were days when Melissa could hardly move at all because she was coping with Lyme disease.

To help in her journey toward healing, not only from Lyme, but also from struggles with breast cancer and an ectopic pregnancy, Melissa turned to painting with acrylics and watercolours. “Painting was one thing I could do with shaky hands when at my weakest,” she says. But that day in the field helped influence her latest choice of medium – naturally derived inks. 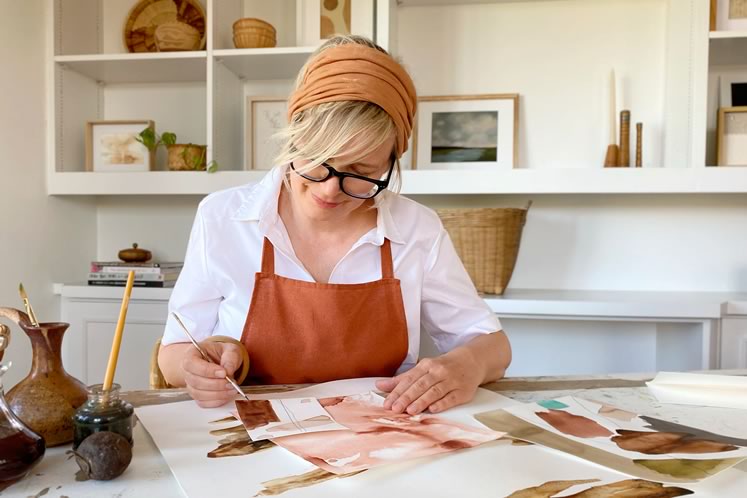 Melissa began to dabble in making her own ink after a friend mentioned that avocado pits produce a pleasing maroon shade. Then she was given the book Make Ink: A Forager’s Guide to Natural Inkmaking, by Toronto artist Jason Logan. The book inspired her to take a fresh look at that field, as well as other natural areas, where she began to see an unlimited supply of exciting new art supplies. She collected alder catkins at her cottage on Baptiste Lake near Bancroft, where she grew up. And closer to home, she zeroed in on invasive species and other common roadside plants as a way to minimize her environmental impact. “I also became so much more mindful about noticing what was out there. Early tamarack flowers look like pink pineapples, for example,” she says.

Melissa now sells bottled natural inks, dreamy contemporary artworks and DIY craft kits, all of which include earthy shades of sand, ochre and soft brick. For ink buyers, she includes her personal recipes to encourage people to make their own – and she has recently begun creating digital art.

She taught high school until 2008 and retains a passion for educating, so when Covid restrictions are lifted, she plans to continue offering workshops through Caledon’s Joy Scout Learnshops and other groups, as well as hosting outdoor Airbnb Experiences at her home. 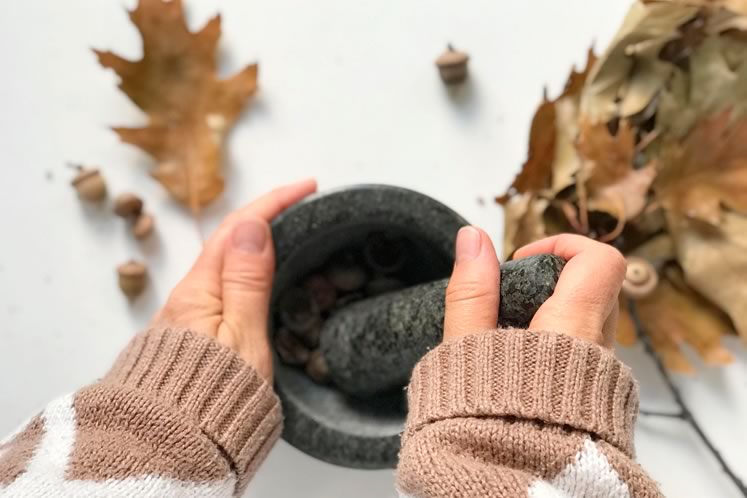 Melissa uses a mortar and pestle to bring colour out of some of her ingredients. Photo courtesy of Melissa Jenkins. 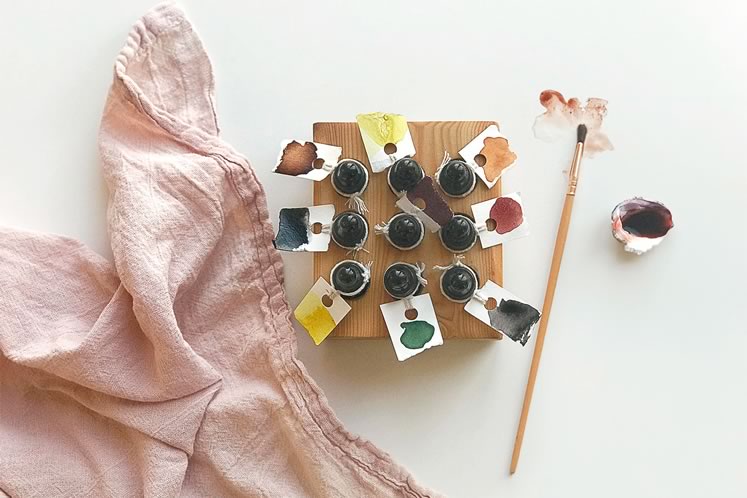 A selection of Melissa’s handmade inks, each with a sample drop on its label. Photo courtesy of Melissa Jenkins.

Melissa scours the orchards, forests, pond and fields around the stone farmhouse where she, her husband and their 13-year-old twin daughters have lived since 2016. (Melissa frequently paints with her daughters, whom she describes as being full of creativity.) She forages judiciously, taking only a small portion of the plants and wild fruit she finds and leaving the rest as nourishment for animals, birds and the soil itself. She checks in with Picture This, a plant identifier app, to determine whether a plant she has spotted is toxic or an at-risk species.

Her farmhouse kitchen is the site of much experimentation, as Melissa develops and refines her recipes for natural inks. Early in her adventures, she leaned on established botanical dyers’ online resources, including those of U.K. maker Rebecca Desnos. But now, as she builds her own ink archive, Melissa takes notes and records how her colours materialize in the pot and translate onto paper.

In the summer, she makes one of her dyes from the bright yellow flowers of birdsfoot trefoil, commonly known as butter and eggs and found in abundance in grassy areas and on roadsides. Other trademark earthy hues come from walnuts, acorns, marigolds, sunflower seeds and coltsfoot, as well as Concord grapes, which she obtains from Everdale Farm near Hillsburgh.

To make the ink, Melissa combines the botanicals and distilled water in old pots made from nonreactive materials, such as glass and stainless steel, and adds a modifier, such as soda ash, baking soda or alum, to bring out the vibrancy of the colour. She simmers the mixture on the stove until she achieves a shade she likes, then leaves the pot to rest overnight. The next morning she strains the mixture through cheesecloth, coffee filters or nylons (left over from her classroom days), and adds gum arabic as a preservative and thickener to help achieve the right consistency for painting and binding to the page.

To create her abstract nature-inspired paintings on watercolour paper, she says, “I add the ink and watch it take a journey.” She uses her fingers, an eyedropper, paintbrush or a palette knife to extend the ink’s natural path. “I look for what I think of as a creative happenstance – something new in the pattern – and then I might add to it with lines of thread, pastels or pen.” 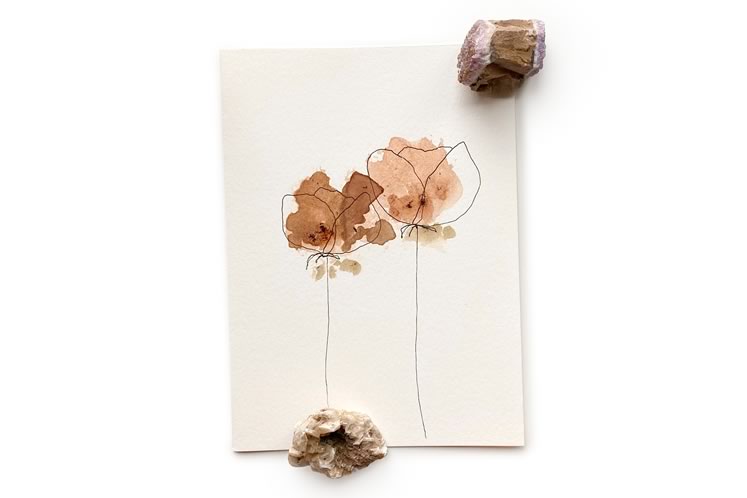 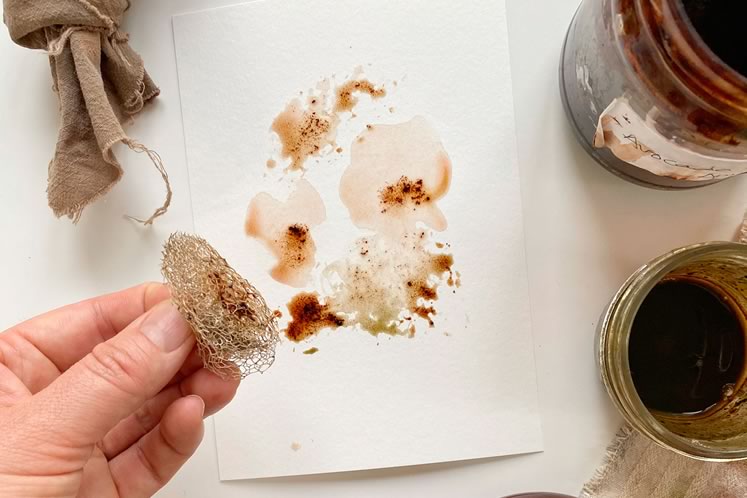 Melissa began to dabble in making her own ink after a friend mentioned that avocado pits produce a pleasing maroon shade. Photo courtesy of Melissa Jenkins.

Melissa’s creativity is influenced by wabi-sabi, a Japanese concept she describes as seeing beauty in the unravelling. “In my art it’s as much about what isn’t there, or the space in-between. Often the story is about what’s missing.”

Embracing that flow and following where it leads has been key to both Melissa’s soothing creations and overcoming her health challenges. “Noticing and accepting the impermanent and the imperfect in our surroundings inspires me on a daily basis.” 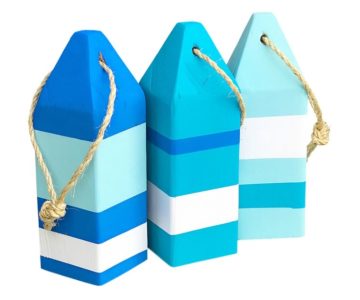 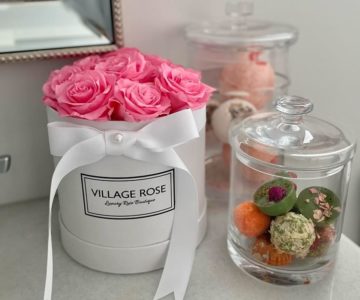 Fixate on florals this spring – fresh, preserved and, yes, paper. 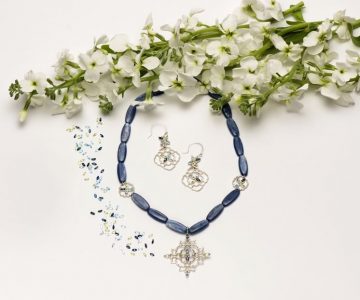 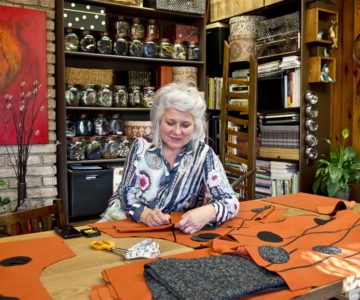 How a designer found her groove in Caledon East by offering one-of-a-kind jewelry pieces and sculptural clothing creations. 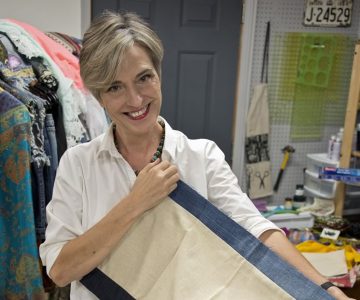 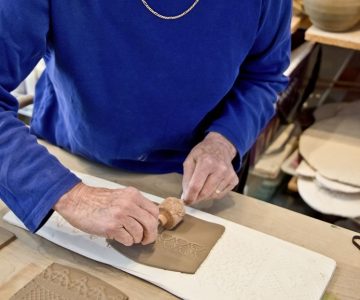 Mary fires up her pottery wheel only briefly, to attach the circular foot to the bottom of the bowl. 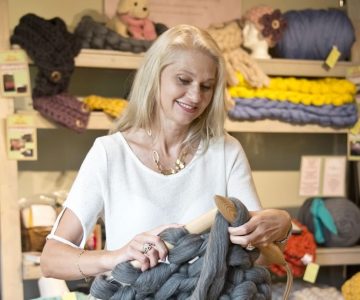