A Hard Pill to Swallow

Getting the pill out of the package is just the first irritation with prescription meds.

Packaging. The word comes out as a snarl, and I feel my anger uncoiling.

Yes, there are far more worrisome things in the world, but product packaging is a problem, and for me, it’s one that becomes more annoying as the years go by. Partly because I’ve become shorter on patience, but also because, with age (and a touch of arthritis), my strength and dexterity have diminished. A perfect storm when faced with an industry that seems determined to keep customers at arm’s length from products.

When was the last time you tried to open an item packaged in fused cardboard and plastic? Did you clear the room with language far beyond “fuddle duddle”? Venting like that is totally justifiable, in my opinion.

I even bought a specific tool designed to make attacking today’s packaging easy for everyone. Ha! I won’t tell you how long it took me to wrestle that gismo out of its own packaging – or how loud the process was. 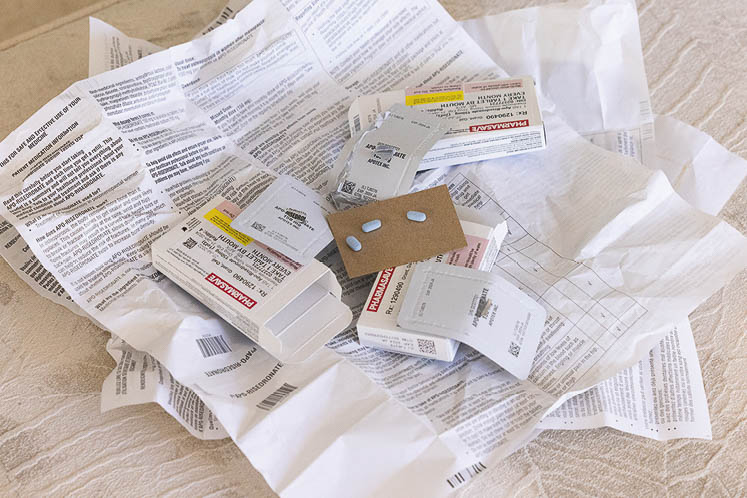 Writer Gail Grant estimates that over a year the packaging for the tiny monthly pill she takes would fill a wheelbarrow. Photo by Laura Campbell.

Once a month I take a pill that’s supposed to keep my bones strong. It’s a tiny pill, about half the size of the nail of my baby finger. This single pill comes in a box larger than my hand. In the box is a sheet of paper that, when unfolded, more than covers this magazine. It tells me I should take the pill on the same day every month, what’s in it (ingredients impossible to pronounce), and what might happen to me when I take it. In both official languages, of course.

Also in the box is a heavy foil rectangle, about two inches by three inches, encased in clear plastic. Within this rectangle sits the pill. I estimate that in the course of a year, this pill produces enough garbage and recyclable waste to fill a wheelbarrow. Over the nearly 20 years I’ve been taking it, the mound would likely fill the cargo bed of a Ford F150.

Thinking about this garbage mound in global terms is mind-numbing.

And then there’s the issue of getting my hands on the three medications I take regularly. Ontario’s drug benefit plan for seniors allows pharmacies to dispense only a 100-day supply of each medication. As hard as I try to synchronize my prescription renewals, the pickup schedule never quite works out. So I make prescription runs to Orangeville about every six weeks, spewing toxins along the way.

And let’s talk about those little hard-plastic pill bottles. I have three on the go at all times. Though Dufferin County accepts nearly all prescription pill bottles and their caps for recycling, the situation is a little different in Caledon, where prescription containers smaller than 50 ml go directly to garbage, as do all caps. Those larger than 50 ml go to recycling, where they have a chance at a second life. Some pharmacies will take them back, but as I understand it, the containers simply join the general recycling from the pharmacy. No sterilization and reuse, FYI.

How many of these little bottles are in your cupboard? And your neighbours’ cupboards? What does that waste add up to provincially? Globally?

Myra Hird, a professor at the School of Environmental Studies at Queen’s University, told CBC that, in Canada, less than 10 per cent of plastics are recycled. The federal government fingers single-use products and packaging as the worst offenders in creating plastic waste, estimating they make up nearly half the 3 million tonnes of plastic waste produced annually in Canada. Now that’s downright depressing.

But when it comes to packaging, pharmaceuticals aren’t my only bugbear. Opening the hard-to-grasp twist-top of the non-dairy coffee creamer I use is another frustration. Whenever it’s time to unseal a new container, I find myself heading to the toolbox for a pair of pliers.

And isn’t it about time we did away with the toothpaste tube? It has been around since 1892 and requires its own box, solely for in-store display purposes. I’ve always thought toothpaste tubes are ugly, and for this reason alone, I’m loyal to upright, flip-top dispensers. I’m considering taking the next step and using only baking soda.

That said, I have no intention of switching to boxed wine, and I’m grateful to have found both reds and whites in screw-top bottles I can open with the help of nutcrackers, a deep breath and a good grip. And I’m happy to report I mastered the art of popping bubbly corks many years ago.

I don’t have answers to any of this, except perhaps to suggest that the packaging industry direct some of its resources toward reducing its contributions to our landfills.

And thanks for letting me vent. It’s allowed my anger to drop from a rolling boil to a sort of simmer, and that’s good for my high blood pressure. 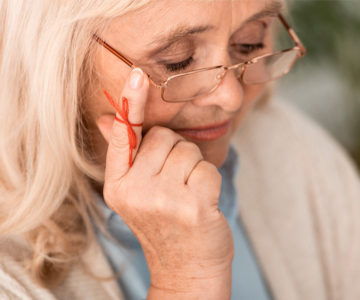 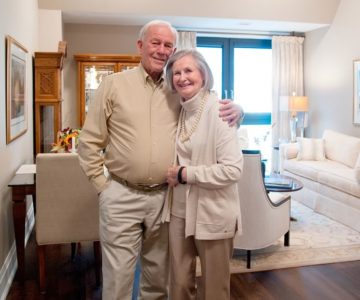 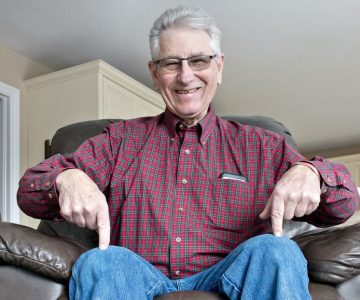 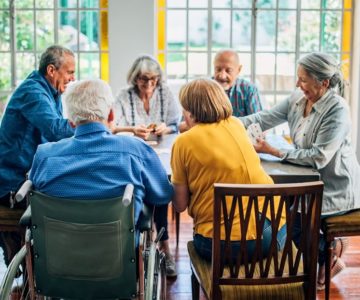