As part of our 20th anniversary celebrations, we`ll feature profiles of those who make up the In The Hills family. It’s a chance to learn a little more about the people behind the pages.

For 20 years, In The Hills has worked hard to reflect and elaborate on all the things that make living in Headwaters such a rich experience. Sometimes the stories make you smile, sometimes they bring a tear to the eye, and sometimes they’re provocative, but they always showcase the work of the most talented writers, artists, photographers and publishing professionals the region has to offer. As part of our anniversary celebrations, each issue this year will feature profiles of those who make up the In The Hills family. It’s a chance to learn a little more about the people behind the pages. Learn more about our contributors: Behind the Pages installment one, two and three. 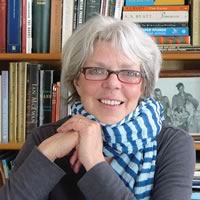 Publisher and editor of In The Hills, Signe began her career writing and editing for newspapers and magazines, later spending several years in corporate communications. Since launching “the mag” in 1994, Signe has made it her mission to strengthen and promote the region’s rural lifestyle and culture, serving several terms on the board of the Headwaters Tourism Association, co-founding the Headwaters Arts Festival and Mono’s Big Day Out, and passionately working to ensure In The Hills captures what readers feel is important about living here. In 2011 she launched a twice-yearly sister publication, Food In The Hills. Eternally modest, she defines her role as chief window washer, but we know better. 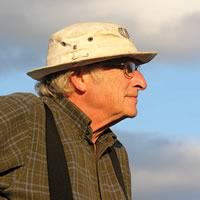 Doug holds a PhD in experimental psychology, specializing in visual perception, and had a 30-year career with the Department of National Defence. Drawn from his prodigious reading, his column “Countryside Digest” features excerpts meant to amuse, annoy, alarm and sometimes puzzle readers on a wide range of topics, including country life, farming and food. Normally stoic and rational, he’s been known to get hot under the collar on the topic of climate change. Domestic partner of publisher Signe Ball, Doug can be found indulging his passion for genealogy, New York Times puzzles and Guardian cryptic crosswords at their farm in Mono. Doug was ill this spring and “Countryside Digest” is absent from these pages for the first time in 11 years – with apologies to those readers who say it is always the first thing they turn to. 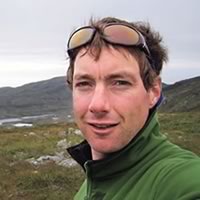 Tim shatters stereotypes. Holder of no less than four university degrees, his publishing credits include The Globe and Mail, the Ottawa Citizen, and a wide assortment of outdoor recreation and environment magazines, in addition to his thoughtful contributions to In The Hills. At the same time he is anything but a sedate academic. Saying, “I’ve always wanted to be a writer, but I hate sitting at a desk,” his day job is as a Mississauga firefighter. He once spent 80 days kayaking from Prince Rupert to Victoria B.C., and last year raced the Ironman in Mont Tremblant, Quebec, finishing in an impressive 11 hours, 10 minutes. 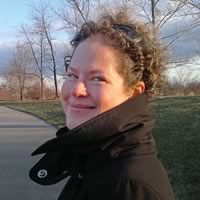 The first remark we often hear about In The Hills is “It’s so beautiful!” – and a lot of that is down to Kim van Oosterom. Kim has been practising graphic design for almost 20 years, the past six through her own company, Wallflower Design. She has been the designer/art director for In The Hills since the spring 1999 issue. She recalls it featured ferns, and says, “Every issue is a joy to work on, but you always remember your first!”

Kim lives in East York, and relishes forays into the world with husband Andrew, most recently to Buenos Aires. She has a long-held dream to be a passenger on a trans-Atlantic freighter, and closer to home can be found geocaching – treasure hunting via GPS. 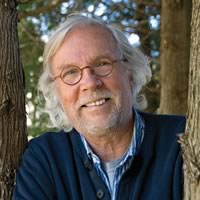 Over a career spanning 45 years, Pete has photographed everything from cars to fancy office furniture, famous people to fashion, even exotic chickens. His first assignment for In The Hills in 1998 was for a story about designer cattle. Though Pete often thanks publisher/editor Signe Ball for exposing him to the community in a way he wouldn’t have experienced without In The Hills, we at the magazine thank him for bringing stories to life with his vivid images. Pete lives in Caledon, and is an avid volunteer with Theatre Orangeville, Caledon Community Living, Headwaters Health Care Centre, Headwaters Human Library and the camera club at Community Living Dufferin. 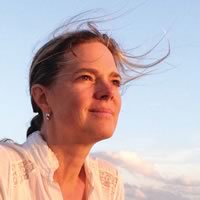 As In The Hills’ operations manager, Kirsten says one of her key roles is that of sounding board for editor/publisher/mother Signe Ball. The rest of us might argue her most critical role is that of cheque writer. With a degree in architecture, Kirsten spent 15 years in commercial design and construction in Toronto. She left that world in 2004, returning to her rural roots to have daughter Kate and join the In The Hills team. Kirsten enjoys travelling, but most of the time she can be found in Mono, riding horses or participating on Mono’s Heritage Committee. She also enjoys working on personal design projects such as the recent residential conversion of the old Burns United Church in Mono Centre. 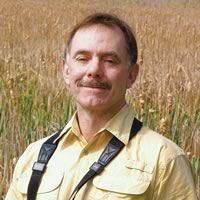 Both as In The Hills’ nature guy and as an elementary school science teacher, Don shares his deep love of all things wild. His elegant writing speaks not only to the wonders of the natural world, but also of the threats we impose upon it. An avid kayaker, he has paddled the entire Grand River from Kitchener to Lake Erie, and all the marshes, river mouths and embayments from the Niagara River to Presqu’ile Provincial Park on Lake Ontario.

While he is passionate about anything that flies, crawls, swims or photosynthesizes, Don claims a particular affinity for the romantic proclivities of moths, and for caterpillar wrangling. 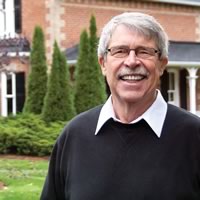 Academic, author, historian and public speaker, Ken Weber has achieved much in his 72 years. As a professor at the University of Toronto he focused on special education, and many of the textbooks he wrote on the subject remain in use in over 60 countries.

He is perhaps best known, however, for his Five Minute Mysteries series, which has sold more than five million copies and landed on best-seller lists around the world. Beyond bringing local history to life in the pages of In The Hills, Ken also offers talks on Canadian history to community groups. And if that weren’t enough, his back page feature in the magazine, “A Puzzling Conclusion,” is hugely popular with readers and used by teachers in their classrooms. 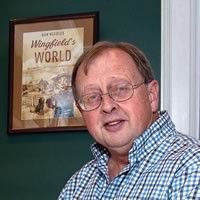 Raised in the hills of Mono near Rosemont, Dan Needles is the playwright who gave us the story of stockbroker-turned-farmer Walt Wingfield and all the two- and four-footed characters of mythical Persephone Township. A one-time editor of The Free Press & Economist newspaper in Shelburne, he won the Stephen Leacock Memorial Medal for Humour in 2003 for his book With Axe and Flask: The History of Persephone Township from Pre-Cambrian Times to the Present.

Dan’s latest play The Team on the Hill debuts at Theatre Orangeville on May 10 and tells about a farm family wrestling with the future of their 200-acre farm. His plays and books examine life at the edge, where city and country meet. 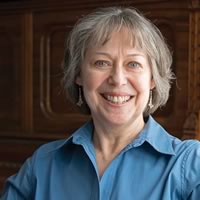 Michele Green came late to her career as a writer, though she’s no stranger to the creative life. Born in Saskatoon, she was a dancer before starting Saskatchewan’s first professional dance company. That was followed by 20 years heading up a dance studio in Stouffville. Moving to Caledon upon retirement in 2000, Michele redirected all that creative energy into writing and gardening. She spent four years conducting research and interviews for her book David Earle: a Choreographic Biography, published in 2006, and her one-acre lot near Belfountain now includes no less than 30 gardens. After several years studying Spanish, Michele will put her skills to the test with an adventure in Spain this spring. 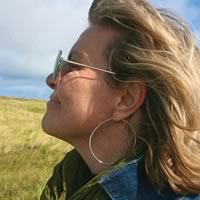 A one-time student of Northrop Frye, Liz Beatty is today a writer, media consultant and travel photographer. She is a regular contributor to National Geographic Traveler and has also appeared in Toronto Life. Her In The Hills stories aim to forward her own experience with the magazine when she first moved here, providing an introduction to the “people and places I’d probably want to know in a warm, human, authentic way.” She shares her home in Brimstone near the Forks of the Credit – a location she describes as “at once totally inconvenient and utterly glorious” – with husband Tim, two sons and a pair of basset hounds.