When Jeff Rollings became a Community Supported Agriculture member, he got more than he bargained for … more vegetables, that is. 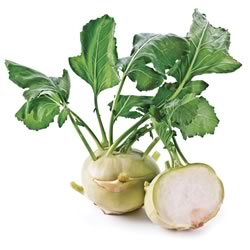 Last summer my wife and I became members of a community supported agriculture program, or CSA, for the first time. Every week from mid-June on, anywhere from a dozen to 15 different kinds of vegetables would land on our kitchen table. Suddenly the daily “What’s for dinner?” debate at our house was all about vegetables. Would it be kale or turnips? Cauliflower or beans?

Many of the veggies, such as bok choi and kohlrabi, were new to us and we had to learn how to prepare and serve them. We also rediscovered some old favourites, such as beets and turnips, that had somehow fallen off our menu over the years. It was a challenge, but on the bright side it forced us to eat many more vegetables than usual to ensure we finished everything before the next shipment arrived.

As a CSA member you buy a share of all the products generated by a participating farm in a season. Most often this means fresh vegetables, but depending on the farm it can also include eggs, meat, poultry or fruit. Members have the benefit of knowing where their food comes from, how it’s grown, and that their food dollars are going to support a local farmer.

Farmers meanwhile receive a set fee prior to the start of the growing season, which enables them to better plan what they grow, finance the cost of running the farm, and share the risks of weather or other factors beyond their control.

CSAs are often referred to as “relationship farming” because there’s a direct connection between the producer and the consumer, in contrast to the industrial model of “commodity farming” in which consumers have no idea where their food originated.

The CSA concept began in Europe and spread to North America in the 1980s. While growth in the number of CSAs here was slow at first, in the last decade the idea has taken off. Currently a dozen or more are operating in the Headwaters region and more are planned. 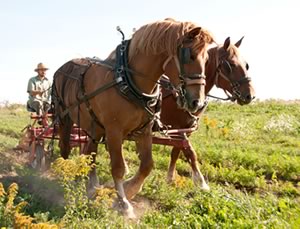 Down to earth Plowshare Farm’s Yehuda Nestel works his land with the help of Millie and Sally. Photo by Pete Paterson.

While virtually all CSAs follow organic farming standards, each operates in its own way. We chose Plowshare Farm near Elora, in part for the convenience of being able to pick up our weekly allotment every Saturday at the Orangeville Farmers’ Market a couple of blocks from our home. We also liked the fact that Plowshare uses horses rather than tractors to carry out farm work. Though the horses seem quaint and eco-friendly, Yehuda Nestel, owner of Plowshare, says that Sally, an eight-year-old Suffolk Punch, and Millie, a 12-year-old Belgian, bring brains to his operation as well as brawn. “When I first started,” he says, “the horses were training me.”

Apparently Sally and Millie have trained Nestel to grow more than 65 different vegetable, herb and flower crops in a four-acre garden, serving a 75-member CSA program. He also operates a vegetable stand at the Orangeville Farmers’ Market and supplies several local restaurants.

The cost ranges from $200 for Fiddle Foot Farm’s greens share, to $800 for a large share. The season usually begins in mid-June and lasts 20 weeks. Compared with the price of organic supermarket produce, we felt the cost was reasonable and delivered good value for the money.

One drawback we noted was that while there was a wide variety of vegetables, there was never a large amount of any one thing. As a result we still had to make regular trips to the supermarket, particularly for seasonal favourites such as tomatoes and corn. Amy Ouchterlony of Fiddle Foot Farm says they’ve heard this concern from some of their CSA participants and are trying to adjust the contents of their baskets accordingly.

Fiddle Foot Farm also accepts donations and then pools the money, turning it into the equivalent number of CSA shares. Ouchterlony says, “Some people give $20, some give $300. Then we partner with community organizations to make that good food available to people with lower incomes.”

At Caledon’s Peace Ranch the connection between local food and social well-being goes even further. Peace Ranch provides supportive housing and rehabilitation for adults with mental illness, and part of its program includes a market garden enterprise that provides paid work and a learning opportunity for its clients, funded by the sale of CSA shares to the public.

Perhaps not surprisingly the “bigger is better” mantra is not part of the CSA model. Neither Plowshare nor Fiddle Foot Farm seek to significantly expand their memberships. Instead, both aim to increase the number of products they provide to a limited number of participants. “People in Ontario think it’s only vegetables,” says Fiddle Foot’s Graham Corbett, “but in the West it’s grain, fruit, cheese – it can be any food product.”

Both Plowshare and Fiddle Foot have ambitions to evolve into a year-round, full-diet CSA that could include such products as eggs, chicken, pork, beef, flour and lard. Such an arrangement would allow them to spread their labour more evenly over the year, and their cash flow along with it.

Though it remains to be seen if CSAs will help save the family farm, they are fast becoming a central element of the local food movement. Our experience was positive, introduced us to a healthier diet, and allowed us to direct a portion of our food dollars to producers close to home. We’ll be doing it again this year. 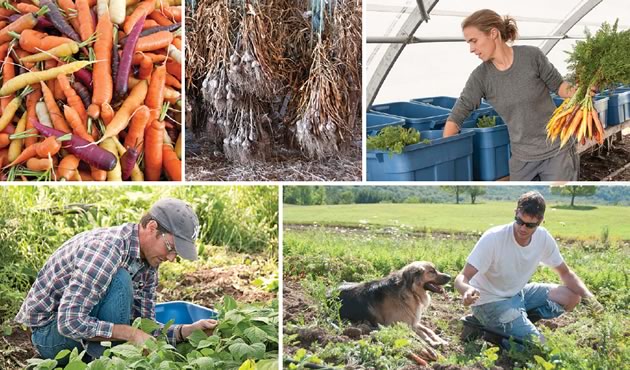 CSAs in Caledon, Dufferin and Wellington 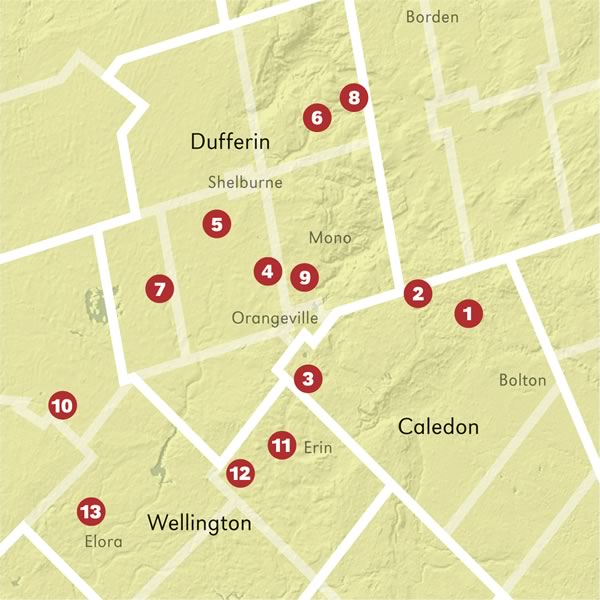