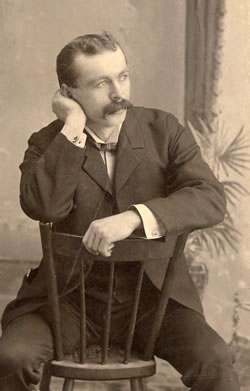 In 1905, when Dr. George Campbell made a house call somewhere in his practice based in Grand Valley and Waldemar, neighbours could usually judge the seriousness of the visit simply by watching him go into the house. If Campbell carried his little black bag and nothing else, the medical problem was probably something like measles or whooping cough, or a non-life-threatening injury.

If Kate McFadzean, his nurse newly graduated from Royal Alexandra Hospital in Fergus, was with him, the situation was a little more serious. An additional medical bag in Kate’s hand might indicate a badly broken limb or perhaps a tonsillectomy (an operation typically performed with the patient seated in a kitchen chair or, in hot weather, on the back porch). However, if Kate was carrying a suitcase, the neighbours knew someone was due for major treatment because she was moving in.

At that time, for the people of these hills, the closest hospital was in Fergus, so anything short of major surgery, especially an emergency, was dealt with by a house call. Nurses like Kate would accompany the attending physician, bringing along syringes, surgical tools, bandages, medications and, invariably, a crockery bedpan, along with enough clothes for several days’ stay if necessary.

Kate’s role in this extended house call would include post-op care for surgeries, such as removing an appendix (usually performed on the kitchen table), or perhaps managing a life-threatening illness such as pneumonia or tuberculosis. Dr. Campbell would return regularly in his little Ford coupe – weather permitting. If not, Kate was on her own and would either stay or keep coming back until the patient was deemed recovered.

A Local Angel to The Rescue

Kate was not the only nurse in the Erin/Luther townships area in 1905, nor was Dr. Campbell the only “physician and surgeon” (the customary designation, because they were usually trained as both). By then the roads and railways had provided citizens of these hills with eventual, if not always immediate, access to professional medical expertise.

Which raises the question: How did the first settlers manage their medical problems?

One resource, if they could submerge the suspicions and prejudice brought with them from Europe, was the wisdom and natural medicine of the Native people. Another was the self-help medical “bible” carried by many an early pioneer (more on this later). And if they were lucky, there was a Granny Beckel nearby.

Remote communities were often blessed by the emergence of a key figure, usually a woman, with – for lack of a better word – a “knack” for healing. Such was Granny Beckel. She came to Horning’s Mills in 1855, then aged 52, and until the arrival of Dr. John Barr in 1866, became a treasure throughout Melancthon Township and beyond.

Granny’s expertise not only encompassed an encyclopedic knowledge of medicinal herbs, she was remarkably adept at setting broken limbs, adjusting dislocated joints, and dealing with wounds and deep-rooted infections.

Yet what distinguishes the story of Granny Beckel more than anything is what she had to do to make her house calls. In all four seasons she would slog through the trackless wilds of Melancthon, ford streams and rivers, and face down wolves and black bears, all with a sack full of not just her medicines, but homemade jams and other goodies for the soon-to-be-grateful patient. 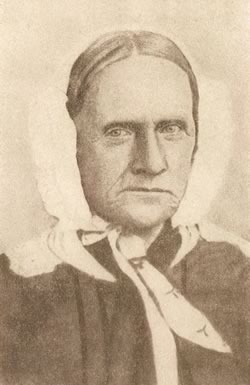 Undaunted by weather or wildlife, Melancthon’s heroine, Granny Beckel, 1803–1880, brought cure and comfort across terrain often too rough for horseback. Her standard fee for house calls, no matter what the distance or the difficulty, was $2. Photo Courtesy Dufferin County Museum And Archives.

Granny was also remarkable for her common sense belief in the benefits of fresh air, good diet, cleanliness and letting nature take its course – this at a time when bleeding and blistering patients were still solidly established practices. Which suggests that if Granny used a home medicine guide, a compendium of advice and treatment in which many of our ancestors placed their faith, she must have been able to separate the wheat from the chaff in its pages.

Such publications were widely available and very popular in the 18th and 19th centuries because, for all but the rich, doctors were unaffordable, and in Upper Canada’s early days, unavailable in any case. Thus, tucked into many a pioneer’s baggage would be a publication such as William Buchan’s Domestic Medicine. First published in 1769, it went through 22 editions over the next century.

These books reflected the medical knowledge of the time, so they were truly a mixed bag. Domestic Medicine, for example, recommended calomel (mercurous chloride) both as a purgative and a treatment for infections. Administered properly in tiny amounts, calomel can be effective for these purposes, but improper use can lead to mercury poisoning.

Another effective but potentially risky recommendation was laudanum (tincture of opium) which appeared in such publications as a treatment for everything from headaches to tuberculosis and menstrual discomfort. (Domestic Medicine dealt with the last under the title “Diseases of Women.”)

Ironically, impoverished readers of these home medicine guides generally avoided the risk of improper medicating for the simple reason they could not afford the required materials. Wealthier patients had a full inventory, however. In addition to a published guide, they customarily kept a medicine chest in their homes, filled with the packets of powder and vials of liquid that might – or might not – produce the desired cure.

From House Call to ER

Fortunately, as Upper Canada morphed into Canada West and then Ontario, medical practice gradually became more informed and scientific, and over time more and more medical professionals established their practices in these hills. Orangeville, for example, had three doctors by the early 1860s, and Mono Mills had a doctor even before that. As early as 1835, Dr. Thomas Henry, a Dublin University graduate, was practising in the Sandhill area. By 1900, Peel County boasted 31 licensed physicians for a population of just over 30,000.

For these professionals, house calls continued to be a normal and vital component of their medical practice, and remained so well into the 1950s and ’60s when the advent of hospital emergency rooms and clinics changed things dramatically.

For nurses like Kate McFadzean, the major change took place quite a bit earlier. The opening of Orangeville’s Lord Dufferin Hospital in 1912 and Brampton’s Peel Memorial in 1925 meant that although she and her colleagues still played an important role in house calls, they no longer had to take along a suitcase and a bedpan.

A Variation on the House Call

The Shelburne Economist carried a front-page advertisement on January 21, 1892, announcing that Dr. Sinclair, a reputed specialist from Toronto with multiple degrees, would be offering consultations at the Royal Hotel in Shelburne the next day. This type of “visiting specialist” was common at the time. Dr. Sinclair’s consultations were offered free of charge, so it’s conceivable he was selling medications or special therapies. The ad carried several endorsements of Sinclair’s prowess in curing fits, catarrh, heart disease and dropsy, and it emphasized his success in treating “diseases of a private nature brought on by folly.” 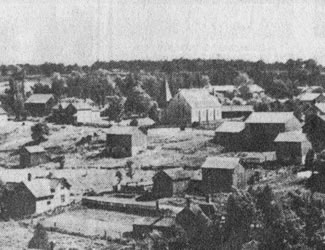 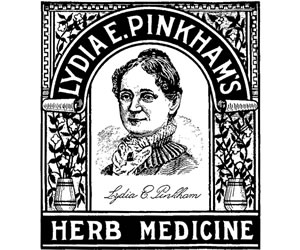 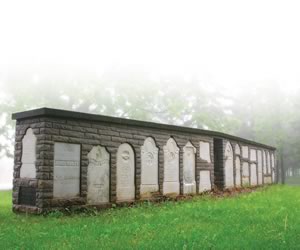 The settlers of these hills had fled wars and tyranny and repressive class system to seek a new life in a new world, but they were unable to escape the dreaded shadow of contagious disease, especially its grip on their children.

As a 1905 nursing graduate, Kate McFadzean received what was then current training in the treatment of pneumonia and tuberculosis: 24/7 exposure of the patient to fresh air no matter what the season. Understandably, wide-open windows in a sick room in December and January was counterintuitive, so the instruction from Kate and her colleagues often generated real battles with the family – not to mention the patient!