“Around Christmas, this is a tradition in the islands,” Phil says. “Everyone looks forward to their Granny’s rum cake.” There are many different versions using different spices and fruit. But the one thing they all have in common is lots and lots of rum.

The recipe can be doubled if desired. Be sure to beat the eggs for a full 10 minutes until they are very light and frothy. Once the batter is assembled it should be fairly thick – a wooden spoon stuck in the mixture should stand up on its own. Bake the cake for two hours in the middle of a 300°F oven over a broiler pan filled with water on the bottom rack for a moist heat.

At Soulyve, the cake is served with a chocolate-Scotch bonnet sauce and toasted-nutmeg crème Anglaise – Carib-fusion again from a man who has embraced the traditions of his birthplace and used them to enrich his adopted home. 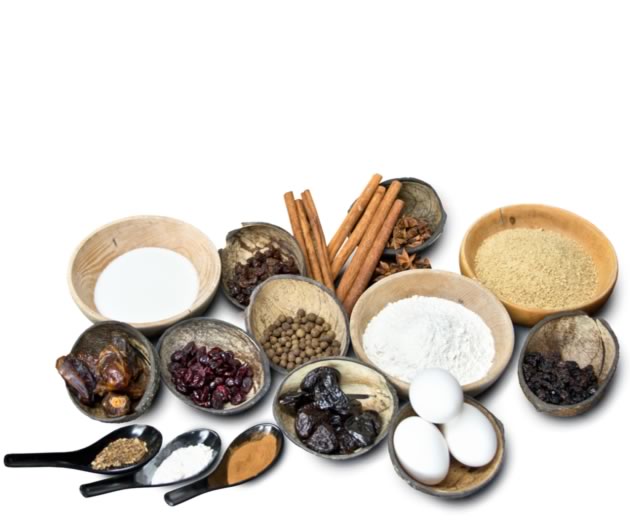 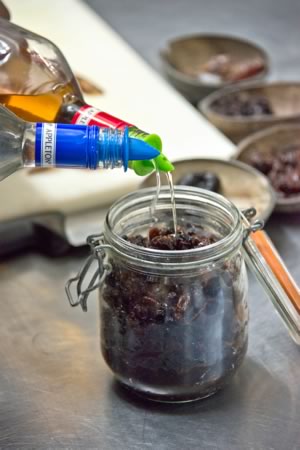 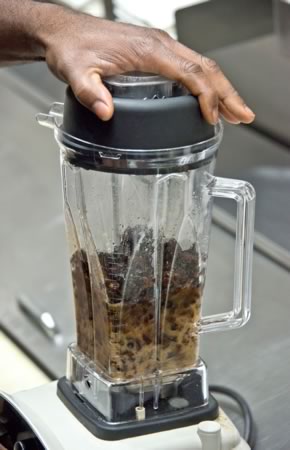 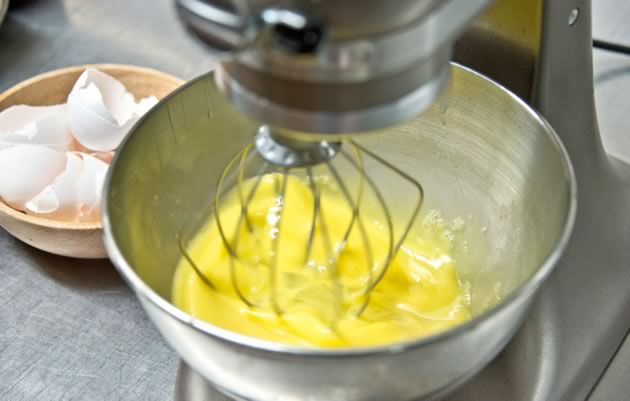 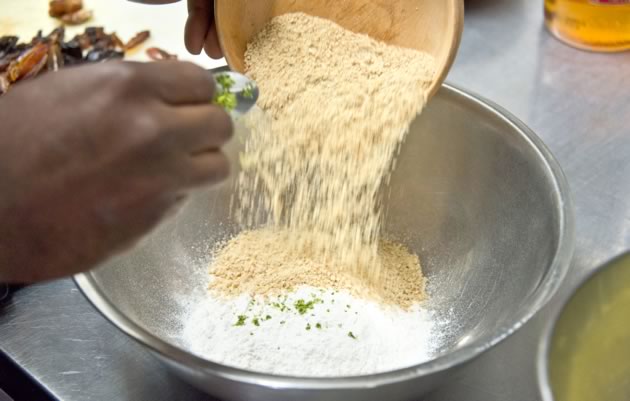 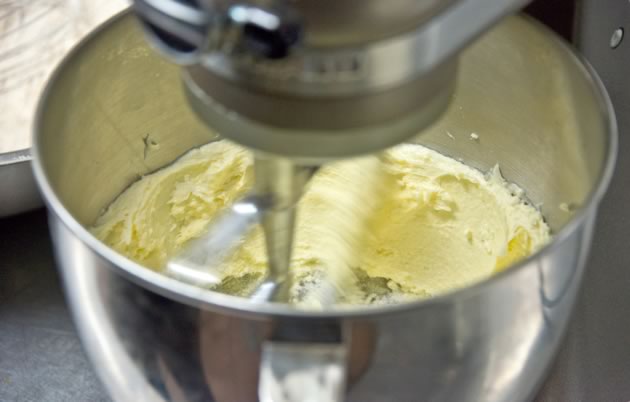 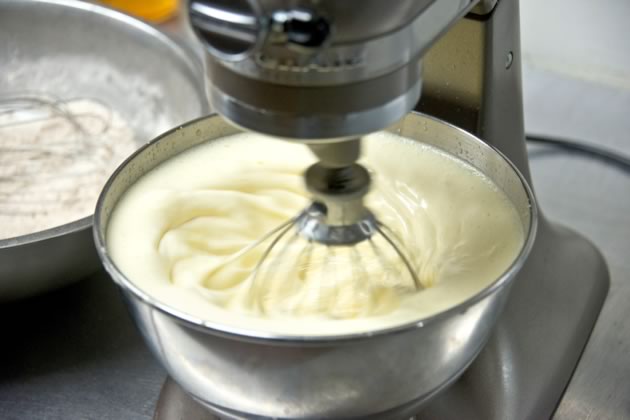 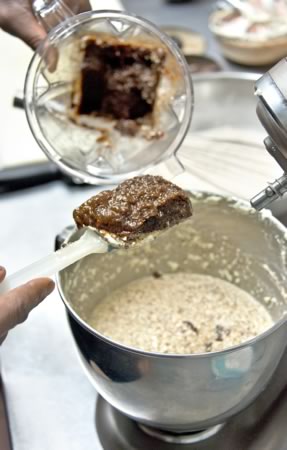 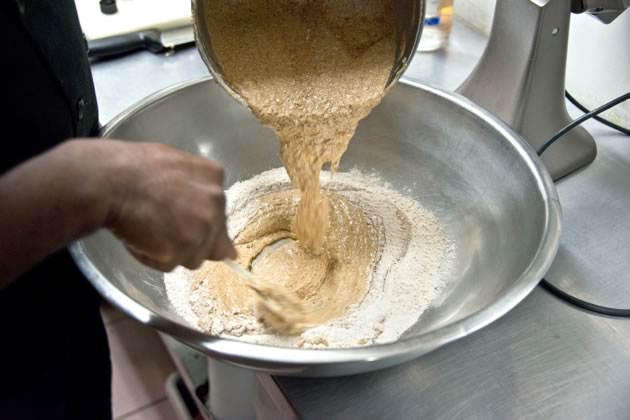 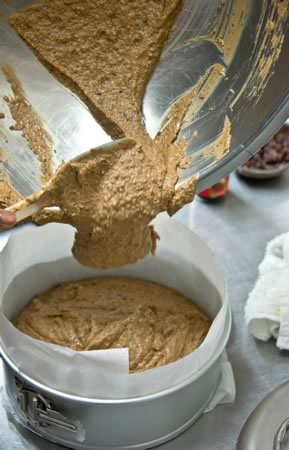 <
►
>
Up to two weeks ahead, place chopped fruit in an airtight jar. Cover with rum and let stand for at least 24 hours and no more than two weeks. The longer it soaks the more potent your cake will be. Photo by Pete Paterson.