The WHO and Local Seniors

Orangeville residents and planners looking to serve an aging population are finding age-friendly inspiration in the World Health Organization.

It takes a village to raise a … senior? Darla Fraser, chief librarian of the Orangeville Public Library and a member of Orangeville’s Seniors/Age-Friendly Community Committee believes this to be true.

Darla has been enthusiastically sharing her expertise to improve Orangeville’s age friendliness since 2014, when town council requested that the committee, chaired by councillor Scott Wilson, review the feasibility of the town joining the World Health Organization’s Global Network for Age-friendly Cities and Communities.

The spark that ignited this quest came after Mary Rose, who sat on Orangeville council at the time, attended the WHO-sponsored Second Annual International Conference on Age-friendly Cities, held in Quebec City in September 2013. Mary still glows when talking about that event five years ago. “The conference buzzed with positive vibes,” she says. “There were over 700 people in attendance from 50 different countries.”

WHO defines an age-friendly community as one that is an “inclusive and accessible urban environment that promotes active aging.” According to WHO, eight factors influence the health and quality of life of older people: outdoor space, transportation, housing, social participation, respect and social inclusion, civic participation and employment, communication and information, and finally, community support and health services.

Mary learned first-hand how other communities are coping with the challenges of an aging demographic, and she was determined Orangeville should benefit from the experiences of the world community.

We have heard time and again that massive social change is already upon us, affecting every aspect of our lives – from health-care spending, through housing, transportation and economic productivity. According to Ontario government projections, seniors older than 75 are expected to make up the fastest-growing segment of the province’s population until 2041, and the number of those older than 90 is expected to triple.

Orangeville’s collective goal was “to create a vibrant, safe community where each person can age with dignity, respect and purpose.”

Darla picked up the story: “The first step was to reach out to Orangeville’s senior population to find out how they viewed the state of things in their town.” In addition to personal connections and focus groups, the committee designed and deployed a survey of seniors.

With the survey results in hand, the committee got down to work. There were some good-news items. Many accessibility issues, for instance, such as curb cuts to accommodate wheelchairs and walkers, and streetlight countdowns, had already been looked after, chiefly as a result of the efforts of Access Orangeville, chaired by councillor Gail Campbell.

But in other areas, the committee discovered it was just at the beginning of its age-friendly journey.

The ability to maintain independence and autonomy as one ages is a central theme of WHO’s active-aging mandate. This theme also surfaced as a top concern in Orangeville’s survey.

As people consider their future, they worry about reduced mobility and the possible loss of their driver’s licence, making getting around more difficult and resulting in reduced social participation. 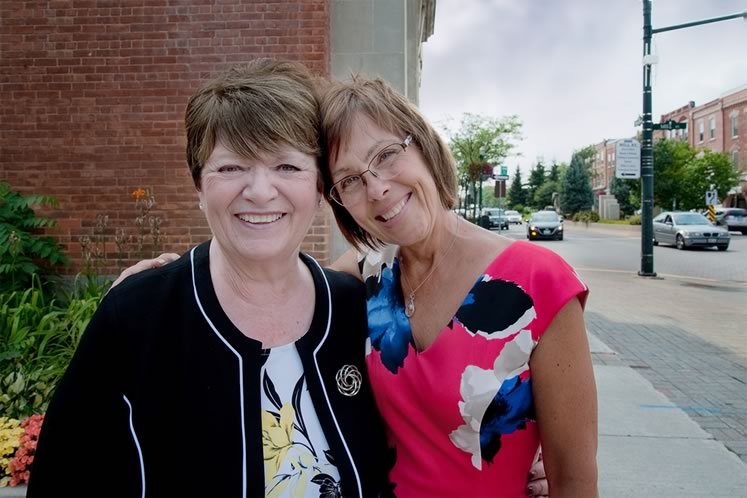 Orangeville has employed a variety of community resources to reduce social isolation, including developing peer support programs such as stitchery groups, chess clubs, homebound book delivery and the GrandPals group, which pairs seniors with teenagers who research and write the senior’s life story.

According to Mary, awareness is the key to everything. “It became apparent that every town department could benefit from an increased awareness of changes inherent as the population ages. Greater cross-departmental conversations and innovative thinking must be encouraged. Every decision in our community must be made while looking through the lens of a senior.”

With this mindset, everyone wins. Consider: when curb cuts were introduced, they not only enabled people with walkers and wheelchairs to travel from place to place, but also improved the lives of young mothers with strollers and children on tricycles, said Mary.

The community-needs analysis was finalized, and the Age-Friendly Community Action Plan was completed and adopted by council. Orangeville’s plan is now being evaluated, monitored and implemented.

The town’s efforts were recently recognized when the provincial Ministry for Seniors and Accessibility honoured Orangeville with an Age-Friendly Community Recognition Award, an accolade that has since been endorsed by the Public Health Agency of Canada.

“Everything is a continuum,” said Mary. “While some items are well underway, others are still in the idea stage and will need further attention in the years to come.”

As we all know, people may be living longer, but they are not necessarily living better. The enthusiasm, commitment and energy of citizens like Mary Rose and Darla Fraser are helping Orangeville on its way to fulfilling its age-friendly mandate. 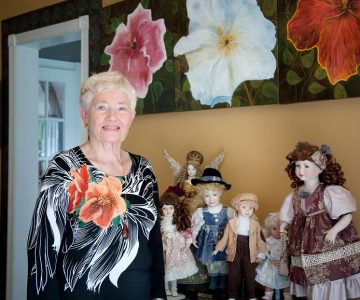 As a child, Ingrid Sander fled the Allied bombing of Berlin, then she and her family walked 200 kilometres back home. 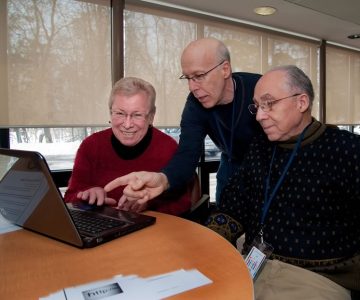