n. a starchy plant tuber which is one of the most important food crops, cooked and eaten as a vegetable.
Oxford English Dictionary

tuberous
The potato, a member of the nightshade family (Solanaceae), produces tubers on underground runners.

perennial
The plants are perennial; left in the ground they will come up year after year. However, because they must be dug up to be harvested, they are usually treated as annual.

various
Worldwide, there are more than 4,000 varieties of potatoes. Ontario potatoes are classified as long, round whites, round reds or sweet.

widespread
Potatoes are the world’s fourth largest food crop. They are the largest vegetable crop in Ontario. Solanum jusepczukii is the highest food plant in the world, growing at over 14,500 feet in the Andes.

south american
Potatoes originated in the Andes Mountains of southern Peru, and were introduced to Europe by Spanish explorers in the second half of the 16th century.

nutritious
Potatoes contain potassium, vitamin C, B vitamins, folate, fibre and carbohydrates. They are also fat- and cholesterol-free and low in sodium. In fact, they are an excellent diet food, just don’t add butter and sour cream.

essential
Because of a low number of varieties, the European potato suffered from a lack of genetic diversity leaving it vulnerable to diseases like the potato blight in Ireland, from 1845 to 1849, that turned newly harvested potatoes into putrid mush in minutes, leading to a famine that resulted in over a million deaths.

toxic
Potatoes contain a toxin called solanine which develops when they are subjected to light, or very cold or warm temperatures giving the tuber a green tinge. Ingestion of large amounts of green potatoes can cause vomiting, headaches, diarrhea and cramps. Potatoes, not mayonnaise, are the culprit that can cause foodborne illness from unrefrigerated potato salad. Commercial mayonnaise is pasteurized and has a high acid content that actually slows bacterial growth. Homemade mayonnaise, made with raw eggs, should be avoided.

well travelled
Potatoes were the first vegetable grown in space in 1995. NASA hoped the nutritious and versatile vegetable would feed astronauts on long space voyages.

crunchy
The potato chip was invented in 1853 by chef George Crum in a Saratoga Springs restaurant. Crum fried thin slices in oil and added salt after railway magnate Cornelius Vanderbilt sent his dinner back to the kitchen claiming the spuds were too thick. Potato chips account for more than half the salty, packaged snacks consumed in North America. 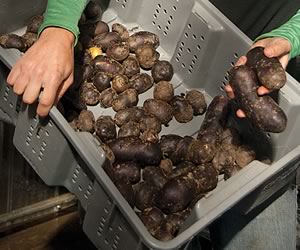 Gillian’s heirloom potatoes from The New Farm are perfect for her potato salad. 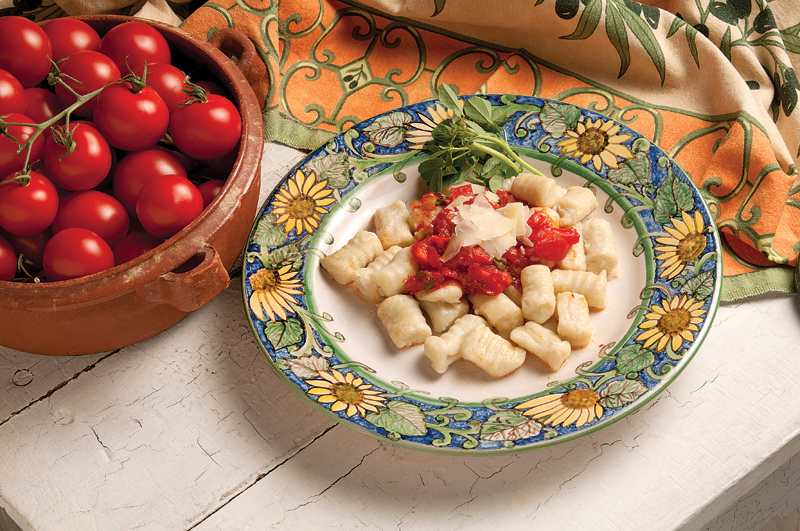 Life is like that piece of dough; you need to work it until it becomes familiar to you. 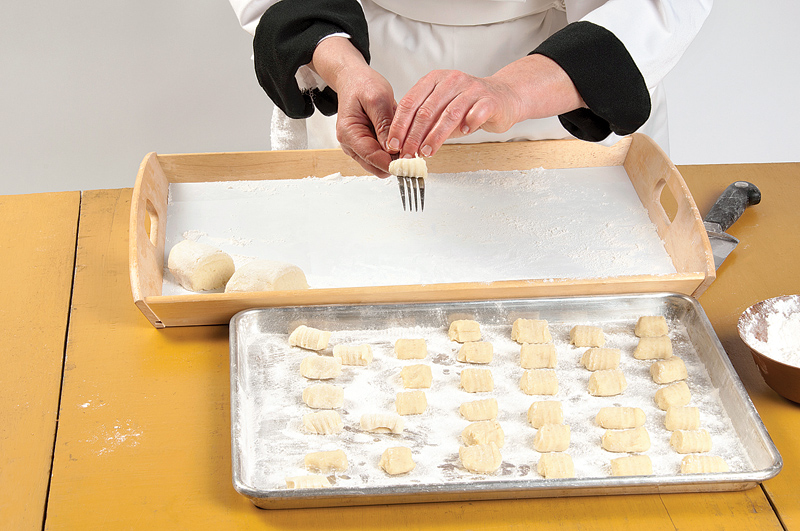 Cook the potatoes in their skins, then peel afterwards. This produces a “drier” potato and increases the fluffiness of the gnocchi. 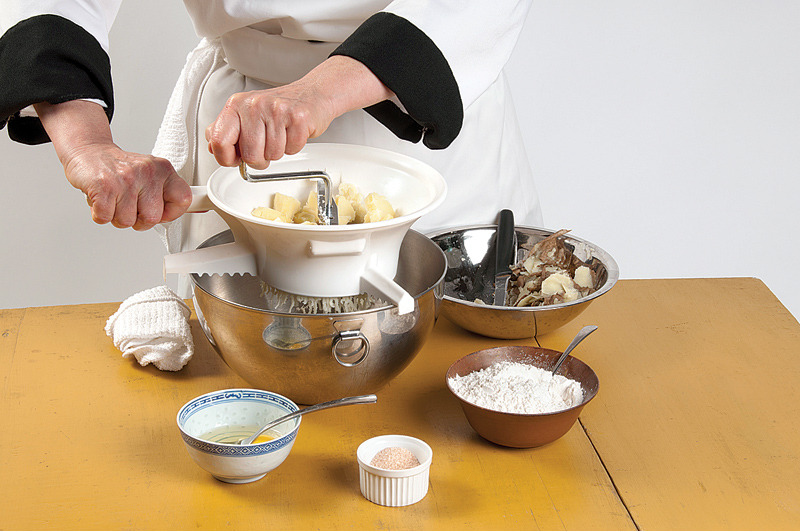