Letters published in the Autumn 2015 edition of In The Hills magazine.

Re: “The Urban/Rural Divide” (summer ’15). I enjoyed reading Nicola Ross’s article in which I was quoted. I appreciate her efforts in delivering an even and thorough analysis of what is obviously a complicated state of affairs in the town of Caledon.

Although the article does a great job of getting the overall point across, there are a few points that were not accurate with respect to SouthFields Village.

The village core plan has not been replaced by a Trinity Common-type regional shopping centre. In fact, a convenience store recently opened for business, and this fall a daycare and a bakery/café are going to open their doors. The centre of the village, the Village Blue amenity, is already constructed with paths all around it, and includes a large open space designed for community gatherings and the permanent home of the SouthFields Village Farmers’ Market. In the winter that space will also be an outdoor skating rink for both organized and casual use.

This spring, Toronto and Region Conservation finally completed their bridge over the Etobicoke Creek, creating a beautiful trail connection to Valleywood (the first but not the only walkable and bike-able path between the two communities). The large shopping centre to which the story referred has always been on the books and slated for Mayfield West Phase II (beside the Brampton Christian School). That shopping centre will also house a Go Transit hub.

So SouthFields is still getting its village core. It just isn’t exactly what was promised by either the town or the sales centre. I’ll spare you the details, but let’s just say we were promised a library/community centre larger than the central branch at Albion/Bolton.

As well, at one point the article refers to Valleywood as Valleyfield and states that SouthFields is already built out. In fact, it isn’t. It’s probably about 60 per cent complete with several new builders now involved beyond the original Monarch and Coscorp.

What was also missing from the article are the inadequacies in the planning process in relationship to working with the utilities and school boards. For over five years residents were paying service delivery fees that didn’t match the density of the community. And the public school is grossly undersized. The community has outgrown it by more than 11 portables, with an expansion now proposed for a school that was built just three years ago. Currently, new residents with children as young as four are forced to get on a bus and drive past SouthFields Village Public School (which they can see from their bedroom window) and over to a holding school by Mayfield Secondary.

But, as I said, there was a lot to cover and Ms. Ross did a great job of getting the main point across. 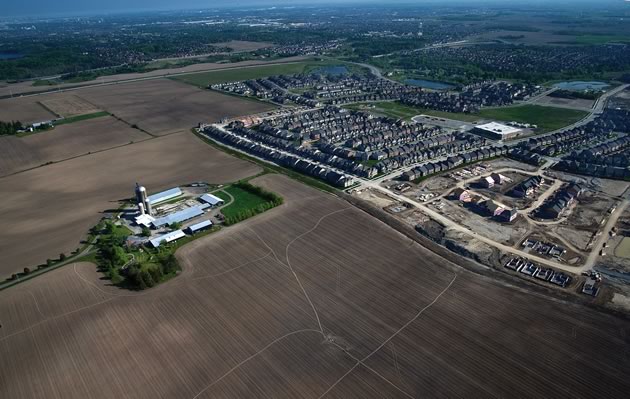 I haven’t read through your entire report on the Places to Grow (et al.) planning led by our Ontario government. It’s too astonishing.

Caledon was a quiet region of farms and the Credit River. Not now, with a planned population of 113,000 wedged into tightly spaced houses among huge industrial and commercial plots. Some years ago I was appalled by a large empty space stretching from horizon to horizon, totally denuded of trees but covered with roads, curbs and street lights, just south of the headquarters of the Credit Valley Conservation.

Then there are the gravel pits that are now permanent ponds because pits that penetrate the water table are excused from mandatory reconstitution, and the new six-lane highway about to pierce Caledon’s forests. And all this in spite of the Greenbelt, Places to Grow, Niagara Escarpment and Oak Ridges Moraine restrictions. No wonder Caledon needs 15 planners.

The irony is that Caledon could go bankrupt trying to maintain this monster, whereas if they remained rural, they would now and in the future be quite comfortable.

Another appalling thought is that, despite one of the strictest tree-cutting bylaws in Ontario, Caledon is rapidly being scraped clear of mature tree cover because the Municipal Act exempts industry, commerce, gravel pits, power lines and housing developments from the restrictions. Only farmers, who maintain their woodlots out of self-interest, are controlled.

Meanwhile, towns like Atikokan and Thunder Bay are losing people.

Is there any limit to the stupidity of Queen’s Park “planners”?

The trio of articles in the summer issue on the Greenbelt, the Growth Plan and Caledon’s rural/urban divide distilled a lot of excellent research and regional wisdom. The key perspective of long-term ecological integrity, however, begged greater attention.

While conservation authorities are developing and implementing innovations to better protect natural heritage and water, they are not afforded the political respect nor the resources they need. In particular, while section 2.2.1 a of the Provincial Policy Statement requires planning authorities to protect, improve or restore the quality and quantity of water by “using the watershed as the ecologically meaningful scale for integrated and long-term planning, which can be a foundation for considering cumulative impacts of development,” watershed planning lacks teeth and consistency.

Worse, monitoring and reporting are woefully inadequate – from individual conservation authorities, the Conservation Authorities Moraine Coalition, and the province – a fact that is significantly hampering the ongoing land use planning review.

While some rules may irritate, ecological integrity is required for a healthy population and a vibrant economy, and must be protected for future generations.

Paddleboards – not so Zen

I just wanted to express my concerns over the recent summer issue and the picture of paddleboarding (“Paddleboard Zen”).

I love that there are so many things we can do on the river and want to share the river with people, but the problem is the disrespect people bring to the river. We live in Cheltenham and my kids (grown up now) rafted down the river often in the summer from Inglewood to Cheltenham. Now they are so sad about the garbage and disrespect.

People from out of town bring floaties and don’t realize there are rocks that rip them and they just leave them, along with cans and debris. Now travelling down the river is a clean-up mission. By the Cheltenham store, visitors park their cars and clean out their garbage by dumping it on the ground for local residents – a gift of sorts, I suppose. Who do they think will keep these places clean?

Look at what is happening with Caledon’s badlands – an article in the Toronto Star brought lots of curious visitors and cars and garbage. It’s just not fair.

Please, when you put these articles of invitation out to people to come and enjoy, insert something about the spirit of caretaking and not just using the resource. Create a spirit of “if you use it, you must give something back.”

How about an article on “showing up” and not “using up” the hospitality of the natural resources? 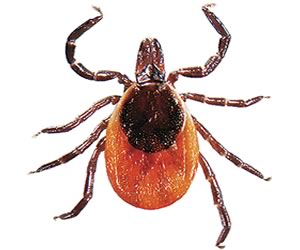 Re: “Tick Talk” (summer ’15). The main article and the tick facts seem to indicate that there is not a black-legged tick problem in Headwaters.

In April my dog had a tick on him from a walk around Island Lake. After removing it and submitting it for testing at the Orangeville public health office, it was confirmed that it was an adult black-legged tick. Because this is the tick that carries Lyme disease, it was sent away for further testing and was found not to be carrying Lyme.

I have also been told that a dog in my subdivision has contracted Lyme disease from the Monora Park area.

In addition, the article recommends using tweezers to remove ticks. A better and more reliable method is to use a tick remover that can be purchased at most pet stores.

Tick awareness signs should be posted in public trail areas such as Island Lake.

Thank you to Tralee Pearce for writing the beautifully crafted, highly educational article about Lyme disease.

The Lupus Foundation of Ontario has been located in Ridgeway since 1977 and within the past few years we have witnessed many people searching for a proper diagnosis. One woman called our office from Toronto where she was being treated for Lyme and recently discovered she actually has lupus.

The main triggers of lupus are stress, trauma and UV rays – so, many of our armed forces personnel reach out to us for information. Women are the most likely (90 per cent) to be diagnosed, and triggers may also be hormones, pregnancy, bacterial infections and a host of others.

The symptoms can be severe fatigue, joint pain, rash, reaction to UV rays, chest pain, swelling, weight gain, seizures, psychological symptoms, blood abnormalities, memory loss, and heart, lung, kidney and digestive problems – the list can be long and include any and every part of the body.

Last month, RBC bank allowed our foundation to host a display at the branch here in Ridgeway. We chose to highlight the similarities between lupus and Lyme as there are numerous local residents dealing with the severe effects of Lyme. Fundraisers are held to assist families to finance their treatments in the U.S.A.

Please add lupus to the many auto-immune diseases that share the same symptoms as Lyme. It may encourage those seeking a proper diagnosis to suggest it to their physician as a possibility.