Herb Hastings is an original member of the Achill Choral Society, is working on his 13th end-to-end trek of the Bruce Trail by hiking 30 to 50 kilometres every week.

At 75, many people are thinking about sinking into a rocking chair. Not Herb Hastings. He’s considering another trip to Mount Everest.

Herb and his wife, Lynda, live on 25 acres of the original New Tecumseth parcel purchased by his ancestors in 1853. There they raised three daughters and grew trees commercially while Herb pursued a career building golf courses and supervising the landscaping of large industrial properties. 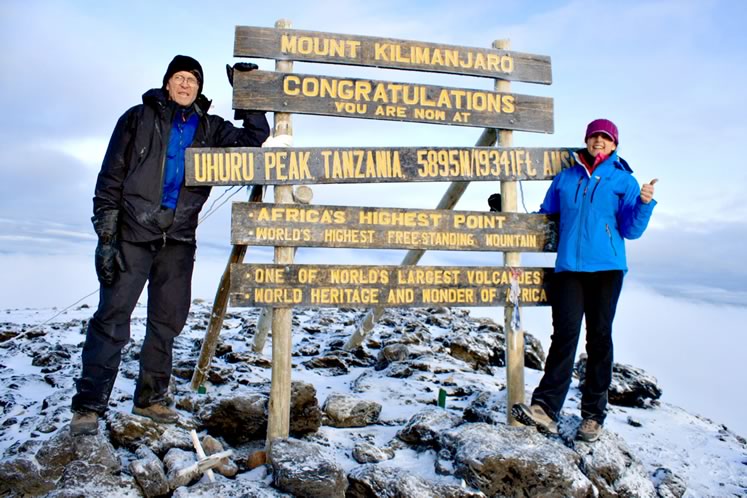 Herb Hastings celebrated his 71st birthday at the summit of Mount Kilimanjaro with his daughter Annette. Photo Courtesy Herb Hastings.

But the road wasn’t always smooth. A diagnosis of stage 3 melanoma was followed in 2005 by the news he had prostate cancer. Along the way, both Herb’s Achilles tendons were repaired. His return to health was long and arduous, and included both allopathic and naturopathic treatments.

Realizing he no longer enjoyed the luxury of time, Herb decided to take up the challenge of exploring distant horizons. This quest has taken him to places such as Newfoundland and Labrador, Peru, China, Spain, Portugal, Majorca, New Zealand and the Grand Canyon.

His first hiking expedition was to Nepal’s Lower Annapurna Circuit in 1999. And once his health problems were resolved, he enthusiastically embraced adventure travel, hiking the glaciers of Patagonia and to Everest base camp. He has also journeyed to Bhutan and has twice reached the 19,341-foot summit of Mount Kilimanjaro in Tanzania, first on his 67th birthday, then with daughter Annette on his 71st.

He is an original member of the Achill Choral Society, is working on his 13th end-to-end trek of the Bruce Trail by hiking 30 to 50 kilometres every week. And he still maintains the acreage that includes an 1,800-square-foot kitchen garden.

Herb understands that hardship is part of the journey, but he has also learned that staying active is one of the secrets of a healthy life. 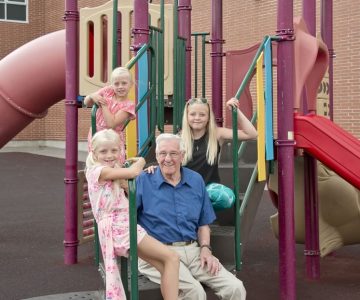 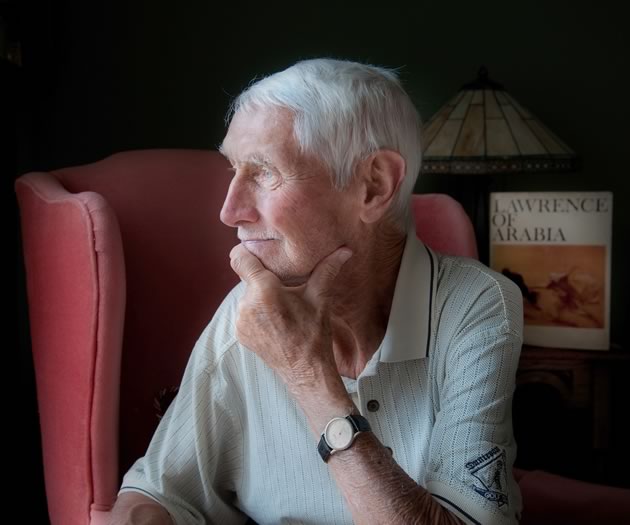