Countdown to Pan Am

From July 10 to 26, the quiet backroads and rolling fields of Caledon and Mono will welcome an invasion of competitors and spectators.

The hills of Headwaters’ star turn on the global equestrian stage is imminent. From July 10 to 26, the quiet backroads and rolling fields of Caledon and Mono will welcome an invasion of competitors and spectators from 41 countries for the equestrian events of the 2015 Pan American Games.

As many as 3,200 people a day are expected to pass through the gates of the Caledon Pan Am Equestrian Park in Palgrave to watch the dressage and stadium jumping events. And as many again will flock to Will O’Wind Farm in the town of Mono for the cross-country competition. And these numbers don’t include the competitors themselves. About 150 horses and riders, each team accompanied by an estimated ten-person entourage of grooms, coaches and trainers, will call the area home for some or all of the Games. 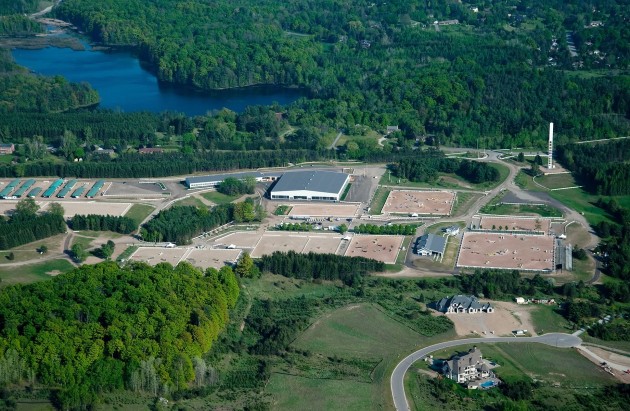 All is in readiness at the Caledon Pan Am Equestrian Park in Palgrave. Click for larger image. Photo by Rosemary Hasner / Black Dog Creative Arts.

This is a big deal for the region in terms of tourism and its status as a centre of equestrian excellence now and for years to come. And by all accounts, everything is set to go. The final phase of the $11 million upgrade to the equestrian park, a $4 million, 71,530-square-foot indoor competition arena said to be the largest facility of its kind in Canada, has been completed. “We are on schedule and under budget,” says Sherry Brake, project manager with the town of Caledon.

Phase 1 of the cross-country course at Will O’ Wind Farm was completed last fall and the second phase – installation of the jumps – was well under way at press time.

If you haven’t already snagged tickets for the equestrian events, you’re probably out of luck. Along with the opening and closing ceremonies, the horse shows were among the first to sell out. But even if you can’t attend the Games themselves, residents and businesses in these hills are going to feel the impact of the equestrian frenzy about to take place.

Here are a few things to watch out for and look forward to when the horsey set takes over.

The Dufferin Arts Council has organized EquiArt 2015, a juried show and sale of equine-themed art to coincide with the Games and featuring some 60 works in a variety of media by area artists.

Four selected works will hang in each of seven participating Headwaters restaurants (Black Birch, Bluebird Café and Grill, Forage, Mrs. Mitchell’s, The Globe, Rustik Bistro and Mono Cliffs Inn), and another 30 will be on display in a pop-up gallery at 17090 Highway 50 in Palgrave near the Caledon Equestrian Park.

The show will run from July 8 to 25, with an opening reception on the evening of Saturday, July 11.

“The main objective of the exhibition,” says organizer Harvey Kolodny, “is to give artists in the area a chance to display and sell their works to the people coming out to see the Games.” For more information, see dufferinartscouncil.com. 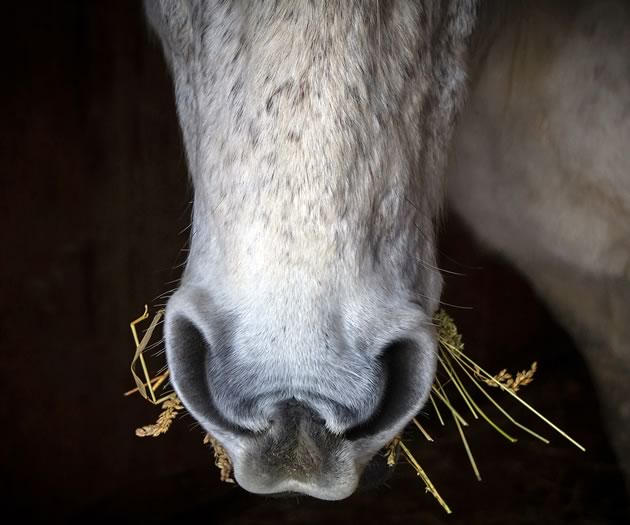 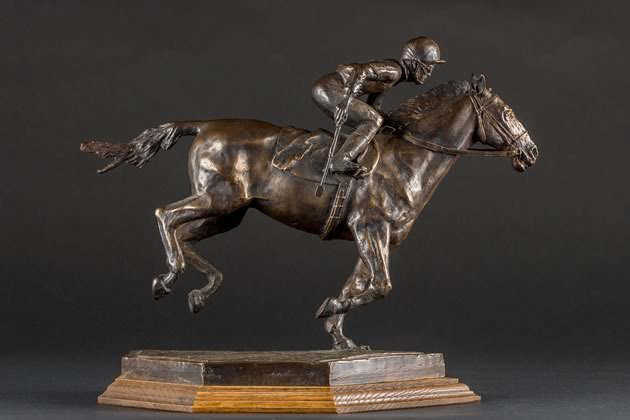 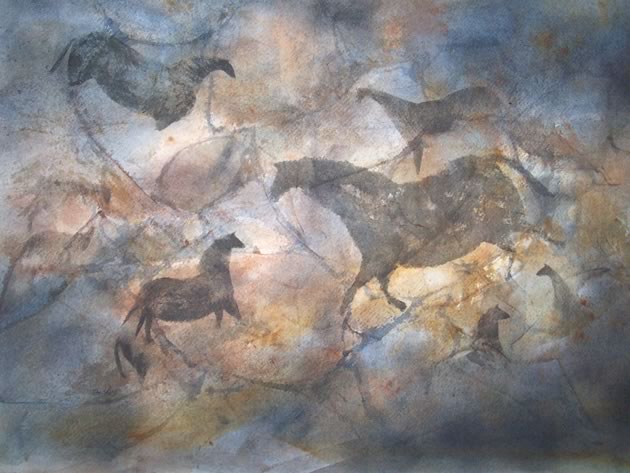 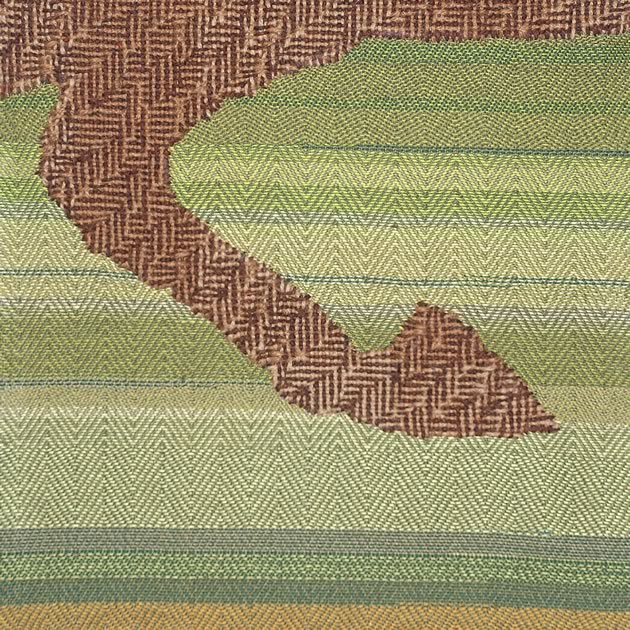 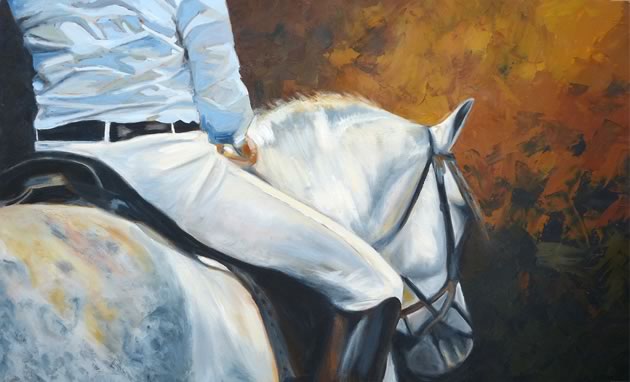 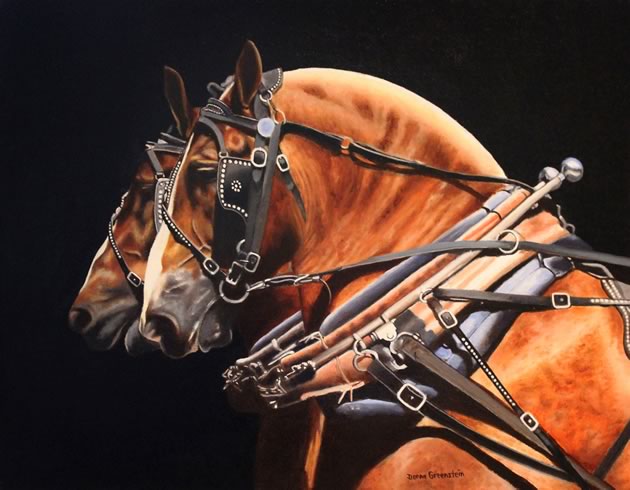 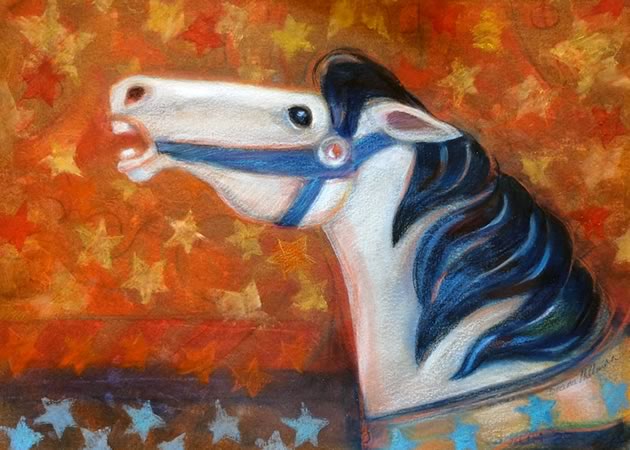 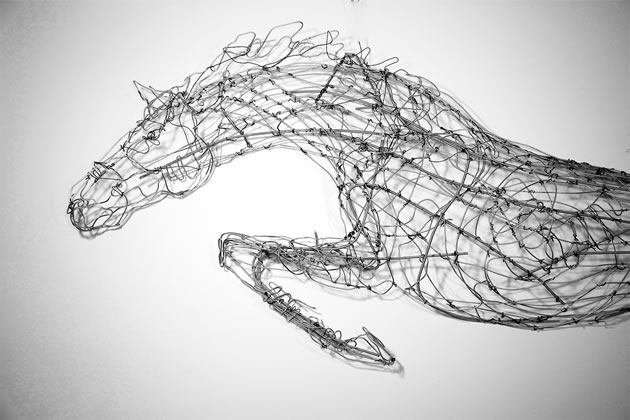 You may already have spotted some of them – 26 colourful, life-sized horse statues on display at various locations in the Headwaters region. This equine art exhibition is part of a Headwaters Horse Country initiative to celebrate horses in general and the region’s artists in particular. Each fibreglass statue was given a unique makeover by an individual artist or group of artists.

The horses were sold for $3,500 each – and went like hotcakes. Most are now installed in their permanent location, ready for viewing. To find and see them follow the Headwaters Parade of Horses Trail at headwatershorsecountry.ca. 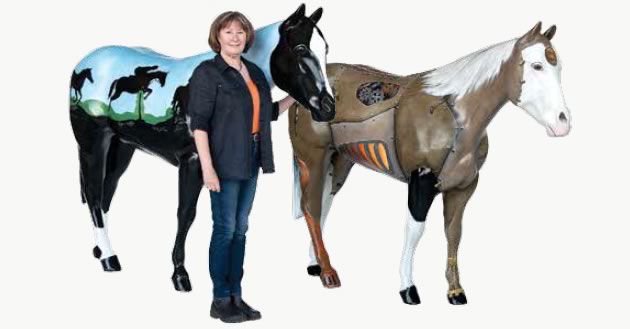 Ellen Cameron with her entry in the Parade of Horses, along with a steampunk-themed entry painted by Judy Sherman and Eva Folks. 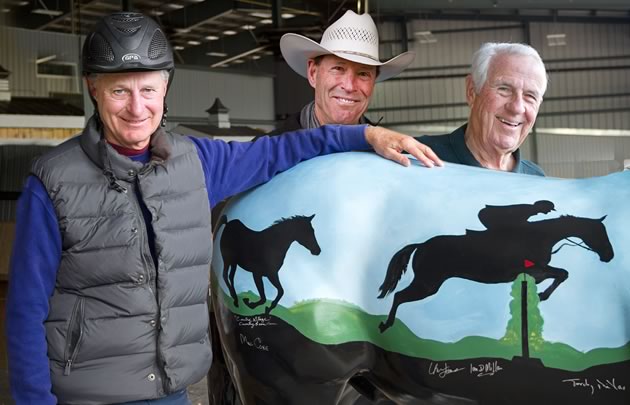 Mac Cone, Ian Millar and John Rumble were among the Canadian equestrians who added their signatures to Cameron’s horse. Photo by Ellen Cameron.

Usually held in October, the annual Headwaters Stable Tour will coincide with the Games this year. Thirteen area horse farms will open their doors to the public on Saturdays and Sundays, July 11 through 26. Admission is free, and many venues have planned demonstrations and other events to entertain horse-loving visitors.

“We hope people will enjoy watching the Games and then go out and tour some local stables,” says project manager Vicki Sword. Details and maps are available at headwatershorsecountry.ca.

Getting Around the Pan Am Games

As thousands of spectators flood into Caledon and Mono, you can be sure there will be traffic congestion. Police are asking people to do their part by carpooling or, if possible, by just plain staying off the roads. To avoid gridlock in the village of Palgrave, where the equestrian park is located, parking will be provided at the Albion Hills Conservation Area to the north, and spectators will be shuttled to the venue. Accessible parking is available at both equestrian venues but must be booked in advance.

Also be prepared for road closures. In Palgrave, for example, Pine Avenue will be closed at Highway 50 from July 10 to 25. In Mono, Fifth Line East will be closed between Mono Centre Road and 15 Sideroad from 6 a.m. to 6 p.m. on July 18, as will 15 Sideroad between Airport Road and Fourth Line East. For the latest on road closures, as well as helpful maps, click on “venues” at toronto2015.org.

Michele Harris, executive director of Headwaters Tourism, hopes these events and others, such as a recent short-story competition and the torch relay held earlier this month, will also shine a spotlight on the region’s many non-equine attractions. She says the area’s larger hotels, such as the Hockley Valley Resort, the Best Western in Orangeville and the new Hampton Inn & Suites in Bolton, are solidly booked. And B&Bs and motels are also filling up fast.

In addition, Headwaters Tourism has signed up 20 restaurants to be part of the Pan Am Taste Trail. Participating restaurants will designate an item on their menu as a “signature Pan Am dish.”

The local gastro expedition is outlined in a special Pan Am section of the Headwaters visitors’ guide. In addition to local distribution, the guide was included in The Globe and Mail, with 20,000 more copies placed in 160 GTA hotels and major travel information centres. You can find details about the Taste Trail at headwaterstourism.ca.

Harris says the association’s goal is to draw tourists visiting the Games to ancillary attractions such as restaurants, hiking trails and art exhibits. “This is a big deal for our region because we are going to be in the international spotlight and we want to embrace that.”

These Games would not be possible without a massive volunteer effort. An army of some 1,400 volunteers have signed up from Caledon and Mono to help out with the lead-up activities and during the Games themselves. Willa Gauthier of Erin is one of a team supervising about 300 volunteers who will be on site during the equestrian competition. They will act as everything from jump judges and dressage scribes to stable supervisors and ticket takers. Throughout June, the troops have been undergoing training at the Caledon Pan Am Equestrian Park and Will O’Wind Farm. In return for their unpaid work, they gain free entry to the grounds on the days they are working. “We had no trouble finding volunteers at all,” says Gauthier, even though they understand “it’s going to be long hours, a long haul.” *

* Note:  Some incorrect information which appeared in the print version has been corrected in this paragraph.