The Victoria Cross was awarded to Canadians until 1972, when separate Canadian awards were created.

The Victoria Cross is one of the world’s best known military decorations for exceptional valour, gallantry and sacrifice. During World War I, the Victoria Cross was awarded to 73 Canadians. Three of these men were soldiers with links to these hills. 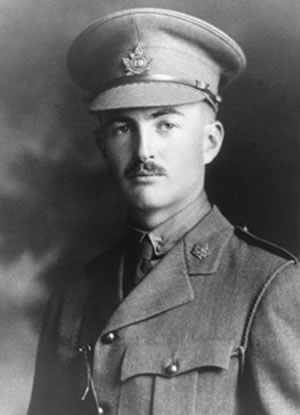 Lieutenant Wallace Lloyd Algie earned the Victoria Cross for his “most conspicuous bravery and self-sacrifice” on October 11, 1918. Tragically, the action that earned him the accolade also cost him his life. The 27-year-old Algie died the same day, exactly a month before the Great War was over.

There is no doubt about Wallace Algie’s bravery and self-sacrifice on that October day. Near Cambrai, France, with the crumbling German army refusing to give up, Algie’s platoon was part of a concentrated attack by Canadian forces. Suddenly, his men were surprised by enfilading machine gun fire from a small village occupied by German soldiers who weren’t supposed to be there.

Algie led a squad that cleared the leading machine gun nest and then charged a second machine gun crew, capturing an officer and 10 men. This action secured the edge of a village, but the young lieutenant, realizing enemy forces who were dug in farther back might outflank the Canadian attack, organized reinforcements to take out the threat. Algie was killed bringing the reinforcements forward.

Algie was born and grew up in Alton with a surname prominent in the village and well beyond. His father, Dr. James Algie, the first medical officer of health in Caledon Township, was a pioneer in establishing public health standards. In the 1880s Dr. Algie published a number of heroic novels, including The Sword of Glenvohr, under the pseudonym Wallace Lloyd. In 1891 the doctor named his fourth child and only son Wallace Lloyd. 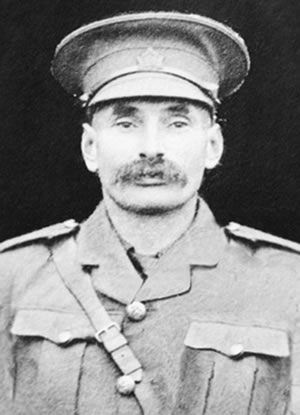 Whereas Wallace Algie was one of the last Canadian soldiers to be awarded a Victoria Cross in World War I, Lieutenant Fred Campbell was one of the first. His “conspicuous bravery” took place on June 15, 1915, his 46th birthday.

Campbell, who grew up on a farm near Mount Forest, would have been forgiven without reservation had he chosen not to sign up in 1914. He had already seen service 14 years earlier in the second South African War, aka the Boer War.

Nevertheless, Campbell was among the first Canadian soldiers in 1915 to enter the trenches in France, with the 1st Battalion, Canadian Expeditionary Force. He was commissioned lieutenant and recognized for his expertise with machine guns.

On his birthday, Campbell and his men were in the Canadian line near Givenchy when they were ordered to attack what was considered an impregnable enemy trench. It was the kind of futile action, ordered from above, so typical of this war. During the unsuccessful attack most of Campbell’s men were killed or wounded. To give the few survivors cover as they retreated, he and another man shifted to an exposed position with two machine guns and raked the still intact German trench with more than 1,000 rounds, despite heavy answering fire.

Campbell’s bold action prevented a counterattack and enabled the surviving troops to retreat successfully. But in the words of the official report, “This very gallant Officer was subsequently wounded, and has since died.”

Once Campbell’s men were safe, he had begun to make his way back to the Canadian line. That’s when his leg was nearly severed by enemy machine gun fire. The wound turned septic and he died four days later.

Frederick William Campbell was posthumously promoted to the rank of captain. His grave is in the Boulogne Eastern Cemetery in France. 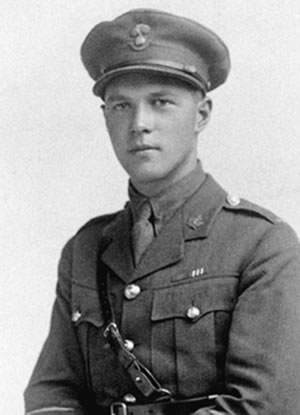 In the tiny hamlet of Conn, west of Shelburne on Highway 89, a historical plaque once stood next to the church where Samuel Lewis Honey’s father preached. (The plaque is now at the Canadian Legion hall in Mount Forest.) Details on the plaque describe actions that seem at odds with the innocence suggested in the photo of the young teacher, known by his family as “Lew,” who left his classroom in 1915 to join the Canadians fighting in France.

His story reads like the script for a Hollywood movie. In February 1917 Sergeant Honey was awarded the Military Medal for bravery. Two months later, for his actions at Vimy Ridge, he received the Distinguished Conduct Medal. At Vimy, with his platoon commander out of action, he took over leadership, led his men forward and held position under fire for three days.

Over three days in late September 1918, Honey – who had by then been promoted to the rank of lieutenant – earned the Victoria Cross at Bois de Bourlon. There, with all other officers of his company dead or wounded, he assumed command once again. He singlehandedly took out a machine gun nest, organized his platoon to repulse four counterattacks over two days, and then, in the dark of night on September 28, captured a German post.

After Honey was presented with the Military Medal, he wrote home, “What I did, didn’t amount to much.” After receiving the DCM for his actions at Vimy Ridge, he said, “I guess I’m a pretty lucky boy.” There were no remarks after the presentation of his VC. It was awarded posthumously. On September 30, 1918, Lew Honey’s luck ran out. He died of wounds received that day.

Canada and the Victoria Cross 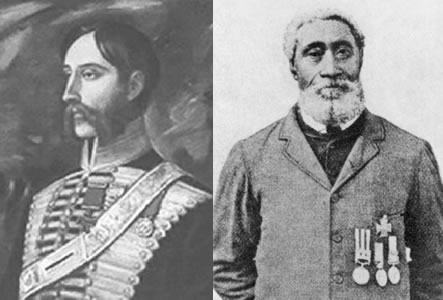 Since 1856, the year the Victoria Cross was instituted as the British Empire’s highest military decoration for gallantry, the medal has been awarded to 99 Canadians, most during World War I. One of the Empire’s first VC recipients was a Canadian, Lieutenant Alexander Roberts Dunn of Toronto. Dunn was a cavalry officer decorated for his actions in the infamous Charge of the Light Brigade during the Crimean War (1853–56). Another early recipient was William Hall, a Canadian sailor in the Royal Navy decorated for his actions during the Indian Mutiny of 1857. Born in Nova Scotia, Hall was the son of slaves who escaped from Baltimore during the War of 1812.

The Victoria Cross was awarded to Canadians until 1972, when separate Canadian awards were created. But in 1993, Queen Elizabeth established the Canadian Victoria Cross at the request of Brian Mulroney, prime minister at the time. Though the appearance of the new medal is similar to the original British version, two elements, both on the scroll, have been changed. The motto“For Valour” is expressed in Latin, “Pro Valore,” and fleurs-de-lys have been added to the rose, thistle and shamrock. To date, no Canadian VCs have been awarded.