Chef Derrick Shedlosky has tweaked this classic ever so slightly, adding fresh chopped sage leaf and swapping out cognac and red wine for sherry.

If a single item on the menu at Mrs. Mitchell’s had to step up and represent the reigning ethos of this local dining treasure, the French onion soup with sage and sherry would be a lead contender. 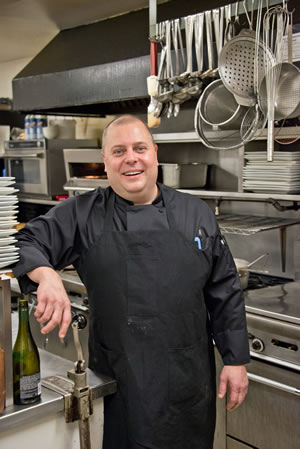 Chef Derrick Shedlosky has been the quiet genius in the kitchen at Mrs. Mitchell’s for 14 years. Photo by Pete Paterson.

Chef Derrick Shedlosky has tweaked this classic ever so slightly, adding fresh chopped sage leaf for an earthy note and swapping out cognac and red wine for sherry to add a touch of sweetness. It’s served as an appetizer at lunch and dinner, or a lunch main alongside a crusty roll with cheddar-port spread.

“After 30 years it was time to spruce up the recipe,” Derrick says with a smile, as he pulls together a batch of soup in the bright, efficient kitchen. “I added the sage and sherry this year. They really add depth and flavour.”

Likewise, the colonial Williamsburg-esque room into which he sends those steaming footed bowls has been updated. Gone are the ruffled curtains and other period accessories we all loved in the ’80s and ’90s. But the burnished wood panelling, oversized fireplace and warm sophistication remain. Customers may not be able to pinpoint exactly when these shifts happened – a sleight of hand at the heart of Derrick and owner Heidi Baufeldt’s strategy for the legacy space.

Heidi’s parents Maureen and Jim opened the restaurant in the old S.S. No. 2 schoolhouse in Violet Hill in 1980. Jim, a skilled cabinetmaker, had entirely refurbished the building, and the restaurant was named for the school’s last teacher.

With Maureen’s death in 2011, Heidi stepped up to fill her mother’s formidable shoes as owner and front-of-house maven. Not that she didn’t know the terrain intimately. Heidi has been hanging out here since she was seven, with clear memories of crawling under a coffee service table to nap, and helping out when she was as young as nine.

With her dad’s blessing, she has now trimmed back the décor closer to her own minimalist leanings, and asked Derrick, who has worked here for 14 years, to do the same with the menu, a challenge he’s leaned on his saucier skills to fulfill. The meatloaf he debuted about three years ago, for instance, features a mushroom and pearl onion hunter sauce that has made it a crowd pleaser. “The last thing on the plate is the first thing people try.”

Still, just as the pewter chargers aren’t going anywhere soon, nor are such menu stalwarts as the steaming hot corn spoon bread served tableside from a cast iron pan. Even if the duo wanted to sideline it (they don’t), the regulars just wouldn’t have it.

Shared definitions of work ethic and quality are key to this working relationship. Derrick admits that despite long hours here, he played around with this onion soup recipe while at home in Barrie. (A sports fan, he says he enjoys his commute home to his family because he can usually find a hockey or baseball game on the dial to follow to help decompress.) Heidi freely cops to working a ridiculous number of hours, overseeing regular service and a growing number of weddings and special occasions, to make every serving count. 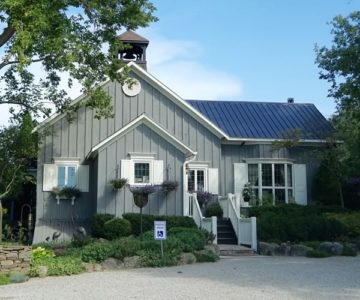 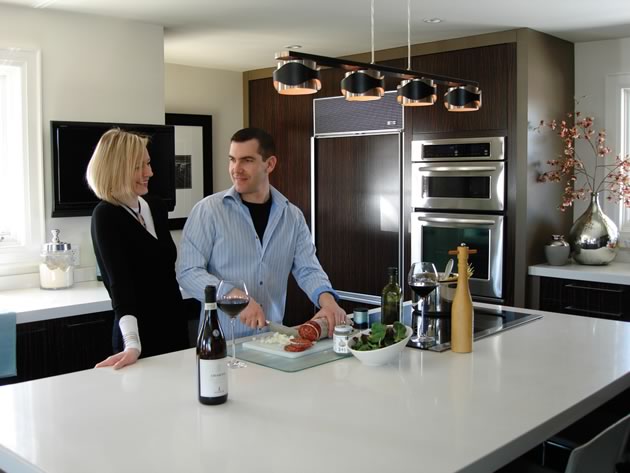 What would Granny say? 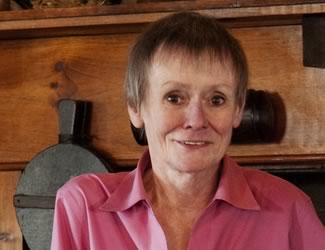 No detail was too small for Maureen’s attention. She set the standards high for her staff, but higher still for herself. 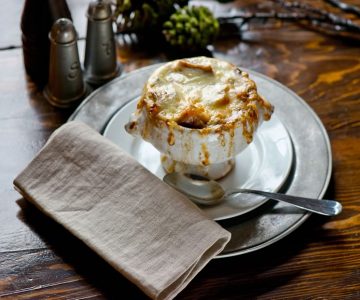 French Onion Soup is served as an appetizer at lunch and dinner, or a lunch main alongside a crusty roll with cheddar-port spread.