Our wet fall and late summer have coaxed the fruiting bodies of boletes and puffballs, fly agarics and chicken of the woods, and many, many other fungi, out of earth and wood in spectacular fashion – to spread their spores, but also to delight our senses and imaginations. 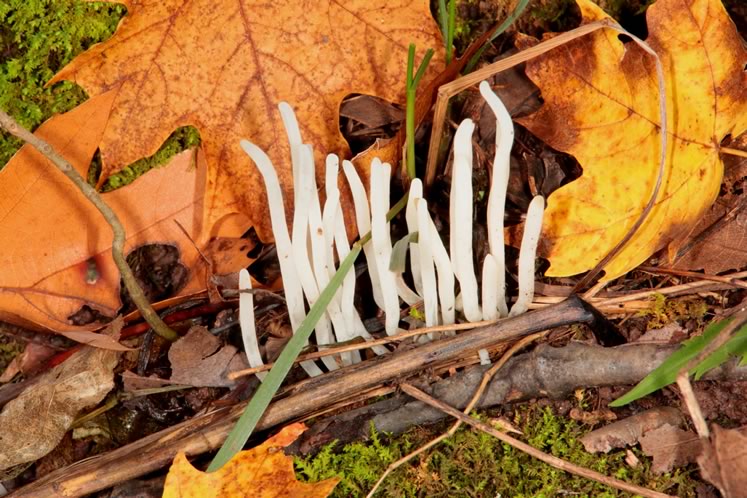 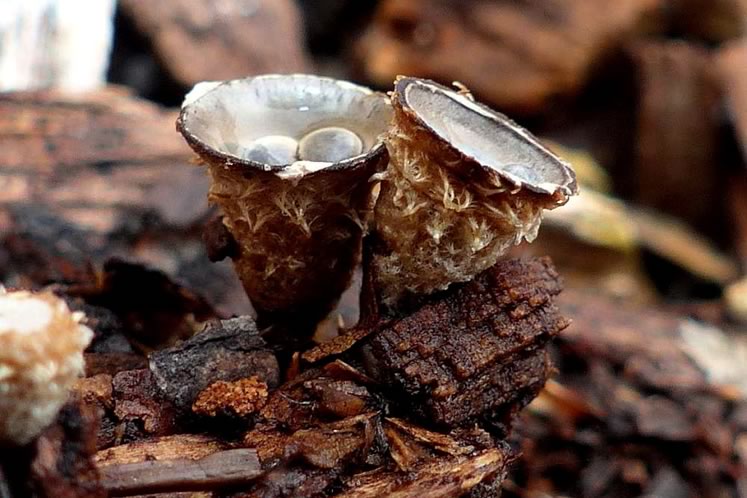 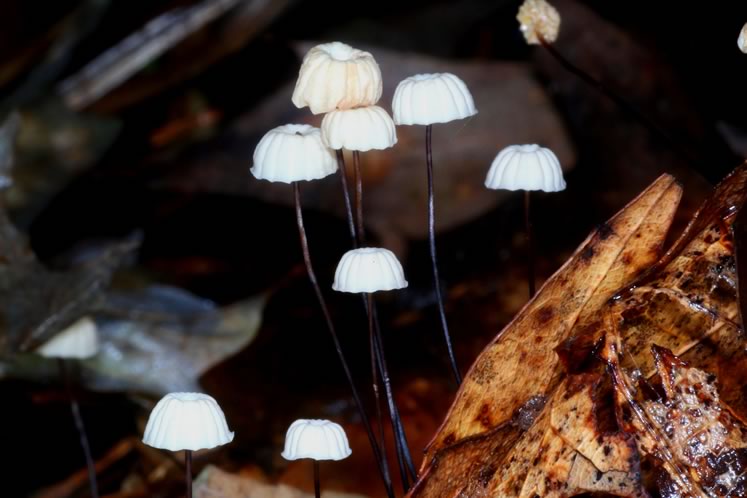 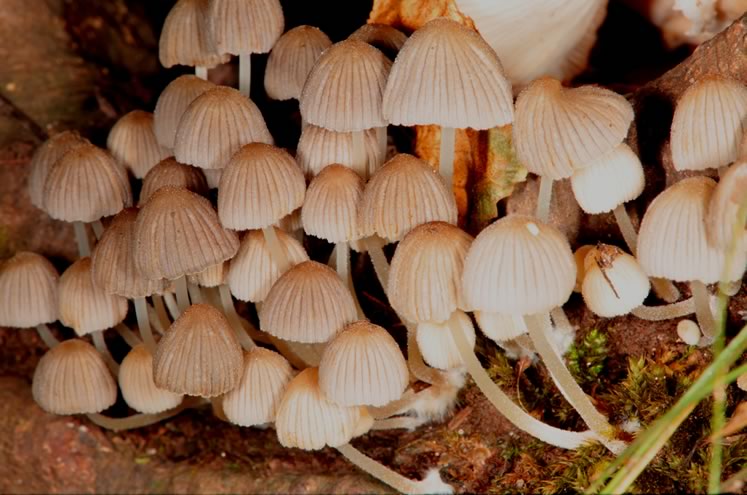 Fungi are mysterious, stunningly diverse, and impactful. Some glow in darkness, some pack deadly poison, some are delectable edibles, some are potent hallucinogens. They also maintain ecosystems. We’ve long understood their crucial role in breaking down and recycling wood.

But recent discoveries have been revelatory. Professor Suzanne Simard of UBC found out that Douglas fir and white birch were connected via subsurface mycorrhizal (fungal) threads allowing nutrients to flow between them. Co-operation between two very different species of trees facilitated by fungal conduits. Further astonishing interactions between fungi and plants will surely be discovered. 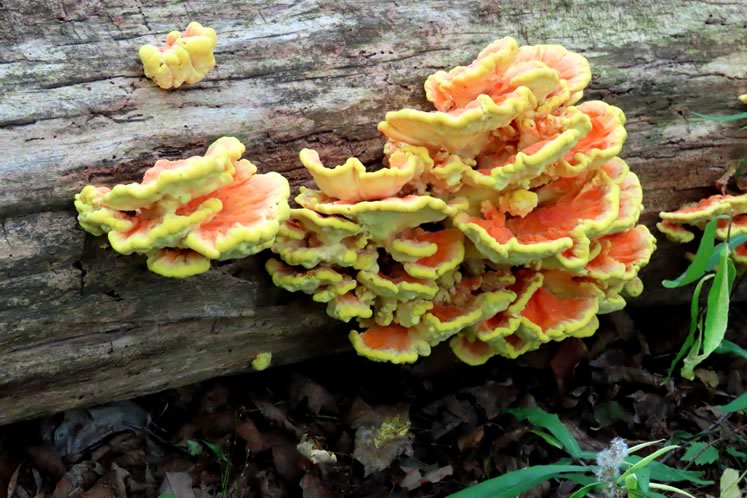 Chicken of the woods. Photo by Don Scallen. 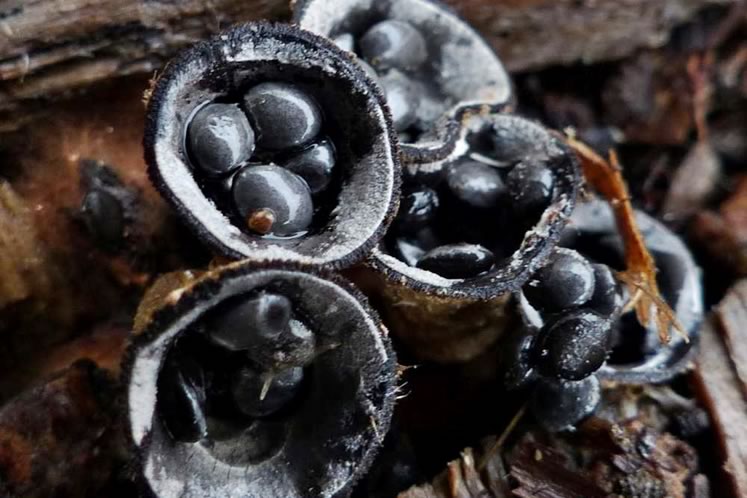 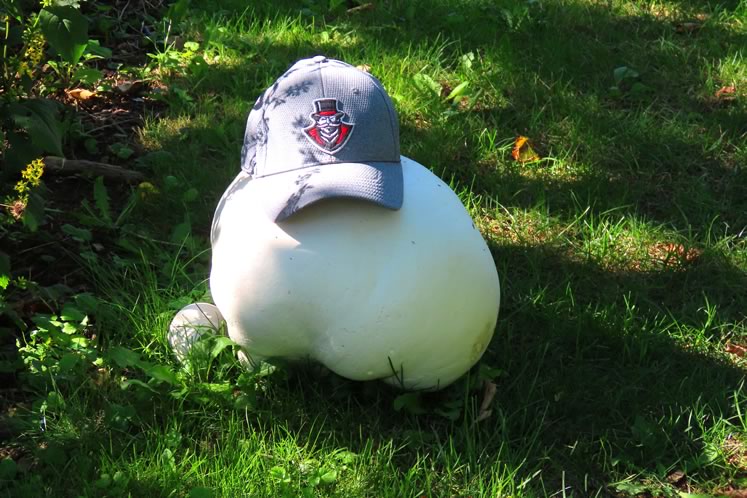 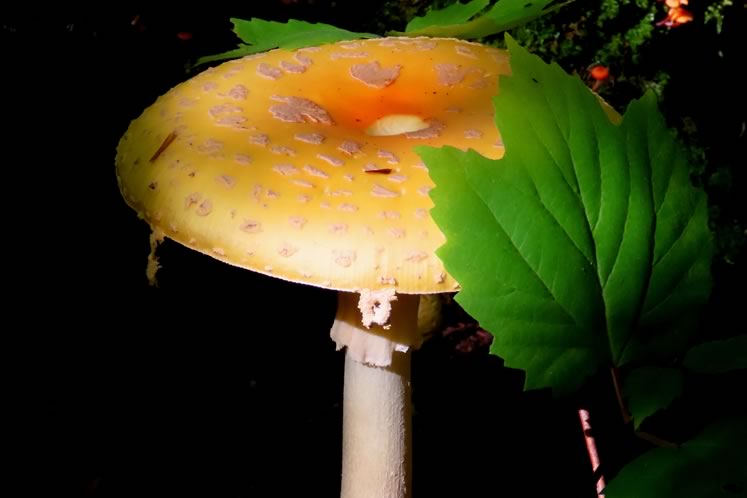 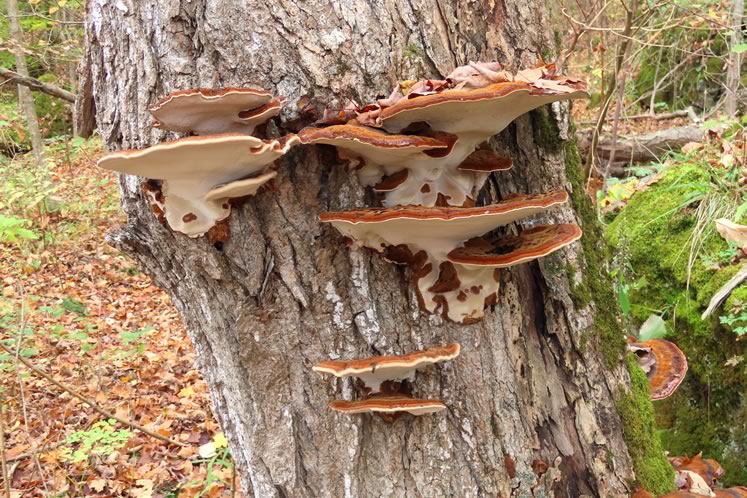 The fungi imaged in this blog each have layered stories to tell. Here are brief stories about some of them:

Chicken of the woods is a striking fungus that doesn’t taste like chicken. However, a friend recently prepared some for breakfast, sautéing them with onions and garlic. Delicious.

A button on your shirt or blouse would dwarf the aptly named bird’s nest fungi. These tiny urn-like structures are often found on damp wood mulch. Bringing your face close to the earth will allow you to see the tiny “eggs” inside – the structures that release the fungal spores when rain splashes the “nest.”

Giant puffballs grow in my yard most autumns. Their name is exactly apt. They are giant and, when mature, they “puff” clouds of spores at the slightest touch.

Fly agarics have long been used to poison flies but, more mysteriously, to assist vision quests in the cultures of some Indigenous peoples.

And the artist’s conks? Their name comes from their use as etching mediums for enduring art.

For a more in-depth study of the marvelous local fungi world, see my article: https://www.inthehills.ca/2018/09/the-meaning-of-mushrooms/ 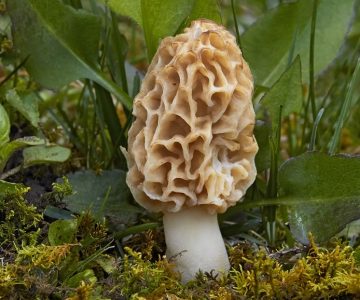 The Meaning of Mushrooms

The Fungus Among Us: The astonishing web of life beneath our feet. 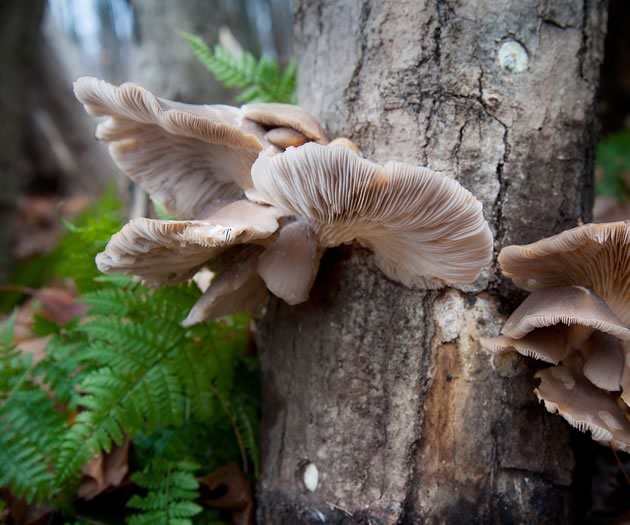 How to Grow Mushrooms

Not in a hurry? Growing your own mushrooms might be for you.