Older Canadians report being happier than younger ones when it comes to their jobs, their partners and their personal relationships, even those with neighbours, according to a Gandalf Group happiness survey commissioned and recently released by The Globe and Mail.

The numbers are intriguing. Of those surveyed, 78 per cent of people 65 and older reported they consider themselves “very happy,” confirming what I see around me daily. So what is this doing to the stereotype that old means useless, unhappy and in the way? It’s turning the cliché on its head, that’s what.

Surprisingly, the Gandalf survey also found that older people are happier than younger people with their physical appearance as well as their physical health. A Gandalf spokesperson speculated this may have to do with expectations, or it may be the result of the stress and pressure young people put on themselves.

All this despite the fact that I suspect the strongly youth-centric North American culture is working against us.

In Spanish, tercera edad means “third age” and refers to those 65-plus. In that culture the designation brings with it all sorts of perks and privileges: reduced fees, bus and train fares, and even passes to the front of queues. In Ecuador recently I was standing well toward the back of a long lineup at an airline counter. A security guard caught my eye and waved me forward. As a Canadian I felt self-conscious as I slunk toward the front of the line, but the Ecuadorians around me were all smiling graciously.

Regardless of where we live, by the time we reach the third age, we’ve had decades to develop resilience. We know happiness is a choice – and a skill. We’ve acquired an aptitude for appreciating life, and we know how to create a good day.

If we can say at the end of the day that we are content and looking forward to tomorrow, I think we have achieved a state of happiness.

In an essay for a mental health organization, British entrepreneur Richard Branson wrote, “Don’t just seek happiness when you’re down. Happiness shouldn’t be a goal, it should be a habit. Take the focus off doing, and start being every day. Be loving, be grateful, be helpful and be a spectator to your own thoughts.”

Have you noticed the content of the late-night news hasn’t changed much over the past few decades? There is the obligatory outrage of the day, one country is threatening another, the economy is faltering, Israel and Palestine are still at odds, a bomb has exploded somewhere.

Rather than allowing the nightly news into my subconscious just before sleep, I now give myself a break and catch up with it in the morning, in the hope the events of my unfolding day will dilute the grim reports from our unsettled world.

An exercise I’ve been pursuing lately is to seek out good news to balance the bad. Are you aware, for instance, that Canada’s national electricity grid is a green asset to be envied? Writing in The Globe and Mail, energy expert Chris Turner noted that 81 per cent of this country’s electricity is drawn from sources that emit no greenhouse gases. 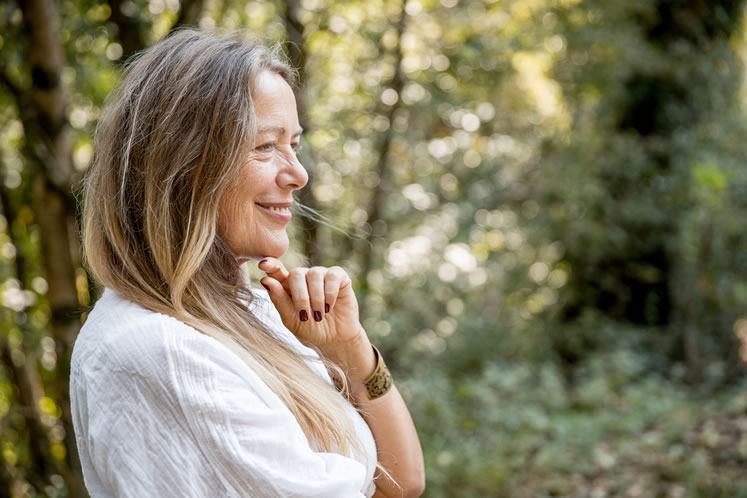 Regardless of where we live, by the time we reach the third age, we’ve had decades to develop resilience. Photo by istockphoto.

And let me share with you the contents of a video endorsed by a Canadian hero, astronaut Chris Hadfield: World hunger has reached its lowest point in 25 years; an Ebola vaccine developed by Canadians has a 100 per cent success rate; the giant panda and the manatee are no longer on endangered species lists; the number of tigers in the world is on the rise for the first time in 100 years; about 90 per cent of Costa Rica’s electrical grid now runs on renewable energy; China has announced plans to end its ivory trade; 20 countries have created 40 marine parks equivalent to the size of the United States; and 80,000 volunteers in India recently planted 50 million trees in 24 hours.

There is more, but you get the point.

By the time we reach our 70s, we have honed our aptitude for appreciating life. We have learned to look for beauty, humour and the little unexpected delights sent our way each day. We treasure our shelterbelt of good friends and long-term partners as emotional health insurance policies.

We have learned that happiness is an inside job. 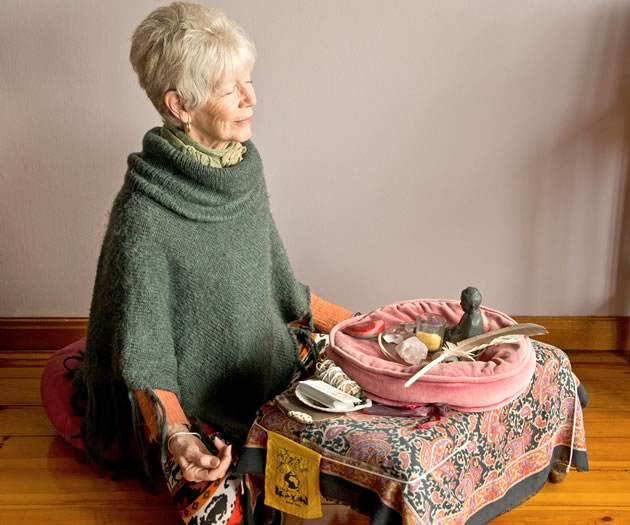 The Benefits of Meditation

Stress relief also aids memory and it’s like pressing the reset button on your computer.