When Thomas Wolfe and his family first set eyes on Lot 22 on the Ninth Concession of newly surveyed Albion Township, what they saw was definitely of the good-news/bad-news variety. Beneath the stands of oak, maple and beech on their property, they knew the soil had to be wonderfully rich and fertile. The problem was that most of it was underneath those very same trees. It was not just a matter of the space taken up by the trees, but also the shade they created. No matter how fertile the soil, seed grain needs light to germinate and grow, assuming – yet another challenge – the trees’ extensive root systems permit planting in the first place. To have a true working farm, the Wolfes realized, the trees had to go.

Like every other pioneer family, the Wolfes got right to it, beginning with the underbrush and smaller trees. (“Small” could mean a diameter of up to 50 centimetres.) Usable logs were saved for building projects. The rest, along with branches and detritus, were burned. 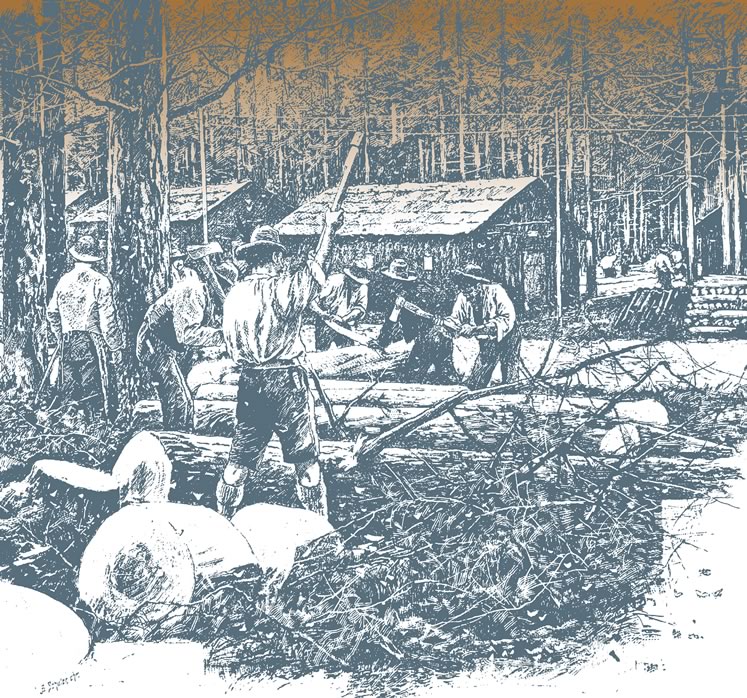 The big trees, many of them far larger than the settlers had ever seen in Europe, were usually killed by girdling (removing a ring of bark around the circumference to cut off moisture and nutrition from the roots). It was a slow death. Beech and sugar maple would dry out and fall, or at least be easier to cut, in two to three years, whereas walnut, oak and aspen hung on much longer. Once toppled, big trees were still a problem. For first-generation settlers, the logs had little commercial value, and except for properties near the Grand River, there was no way to transport them in any case. So what could not be used on the property was simply burned.

Within a decade or so, the Wolfes would have had Lot 22 looking like a farm. But the clearing process was nowhere near finished. Now, like their neighbours, they would be into the next phase: getting rid of stumps, a task requiring more chopping, burning – and digging – a process that must have sorely tested their patience. In fact, on most pioneer farms, cutting down trees, clearing away brush and taking out stumps would occupy the second generation and even the third. The overriding objective was to expand the arable land, so clearance was a priority everywhere in these hills.

Did they go too far?

Today we are acutely aware that the removal of nearly all the forest cover in these hills and elsewhere in southern Ontario during the 19th century had profound environmental effects. Although the people who cleared their land with such relentless determination would not have realized how their actions would affect climate change in the long term, they were around to see an immediate result – soil erosion. By the end of the century, erosion had become a problem in every township.

The first and second generations to settle – those who cleared most of the forest cover – were no doubt thrilled with their first crops. Virgin soil previously covered by trees of almost any kind, if fed with fresh spring water and boosted by a bit of fair weather, will produce high yields. Over time, however, if soil is light and sandy – as it is in many parts of these hills – it suffers from the absence of replenishment from fallen leaves and rotting wood. Even worse, without forest protection, it blows away. By the 1880s and ’90s, in parts of Mono, Mulmur and Garafraxa particularly, the tax rolls were showing abandoned farms.

Not just wind, but water

More dramatic than wind erosion was water erosion. Flash flooding in particular was exacerbated when land clearance expanded beyond the tree cover to include riparian vegetation. The banks of many creeks and rivers across these hills had become as bald as the nearby fields. The result was flash floods like the one in Amaranth in June, 1890 that spread so rapidly the Dufferin Advertiser described children on their way home from school being forced to cling to rail fences to save themselves. In the Hockley Valley in 1908, an entire family was swept away by a flash flood and both parents drowned. Just a few years after that, and not for the first time, the Bolton Enterprise reported the entire south end of Albion Township had been inundated and the spring planting washed away when the creeks could not handle runoff from a downpour. It had become apparent that significant areas in these hills had been rendered defenceless.

Who gets the blame?

Very few township lots were spared the axe and saw by those first families, and the easy wisdom of hindsight makes it obvious they overdid it. Yet they emigrated precisely because there was land here to clear and farm, so they not only did what they came to do, but what government policy required them to do. To qualify for a free lot, a settler had two years to clear five acres. Second and third generations followed the example of those who came before. In the early years of settlement, clearing trees was as natural as planting crops.

The wisdom of experience

It took half a century and more before mitigation of those practices began to take hold. Farmers changed tactics on their own land, and by the start of the Great War municipalities had begun concerted efforts at reforestation. [See sidebar]. Today, with the conversion of much of the early farmland to country estates here in the hills, the forest continues to reclaim its own. The Wolfes’ lot and many others like it became productive working farms that lasted for generations. Yet in every township, deep along the reforested paths, modern-day hikers will come upon the remnants of stone foundation here and there or a disappearing rail fence, evidence of heroic effort in a time gone by, but also a reminder that we humans are most successful when we work with, not against, nature.

Records at the Ontario Ministry of Natural Resources and Forestry indicate the forest recovery in this part of the province is noteworthy. And it got going early. In Dufferin County alone, over a 50-year period that began in 1914, nearly 18 million trees were planted in a major thrust of reforestation by municipalities and by individuals. Of interest is that planting in Dufferin was underway well before the creation of provincial conservation authorities in the province (1946) and organizations like Forests Ontario with its now federally funded goal of planting 50 million trees. Started in 2008, it has reached 29 million and counting.

In November 1968, Premier John Robarts planted a sugar maple at Queen’s Park, symbolically representing the one billionth tree planted to that date in the province. 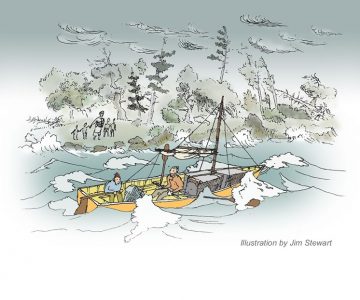 Rising to the Occasion

Facing a crisis was part of daily life for the settlers of these hills and they had no outside help to see them through. What they depended on instead was inner strength, creativity, resources at hand and good neighbours. 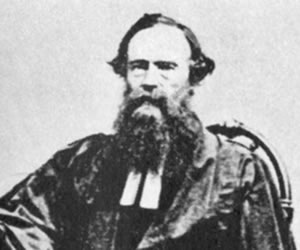 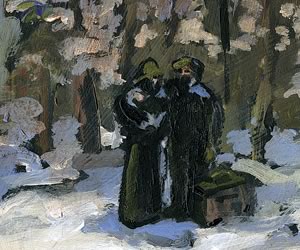 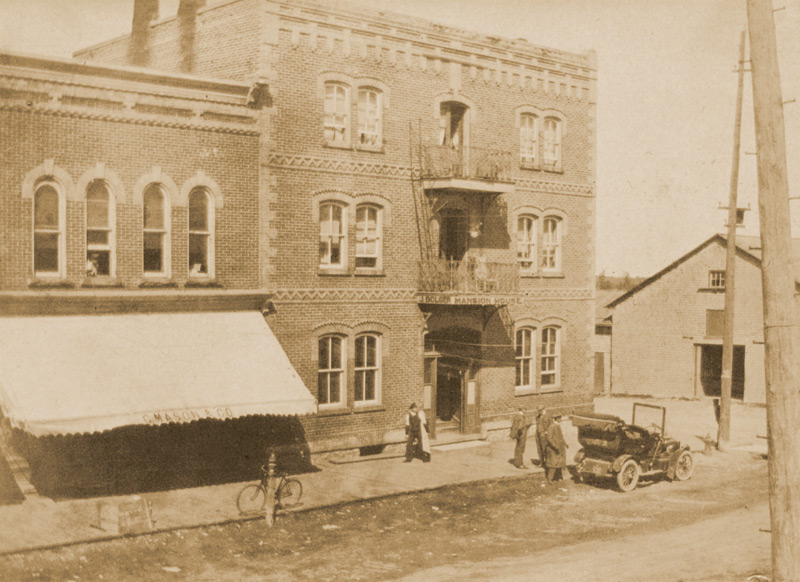 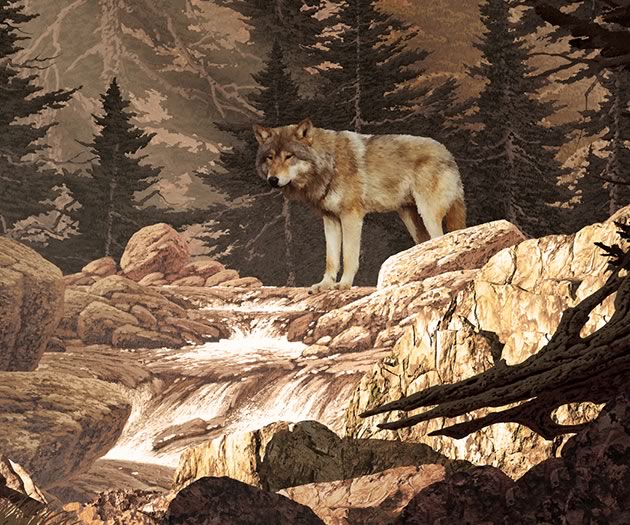 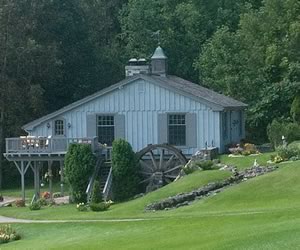 The Story of a Mill

Mono’s Sheldon Creek was the site of one of Ontario’s two longest-serving waterpowered mills.