Marci Lipman and Jennifer Payne: Two of our 2019 Local Heroes

Marci Lipman and Jennifer Payne take their passion for food well beyond the dinner table. The two have spent years working to promote and strengthen the local food sector. 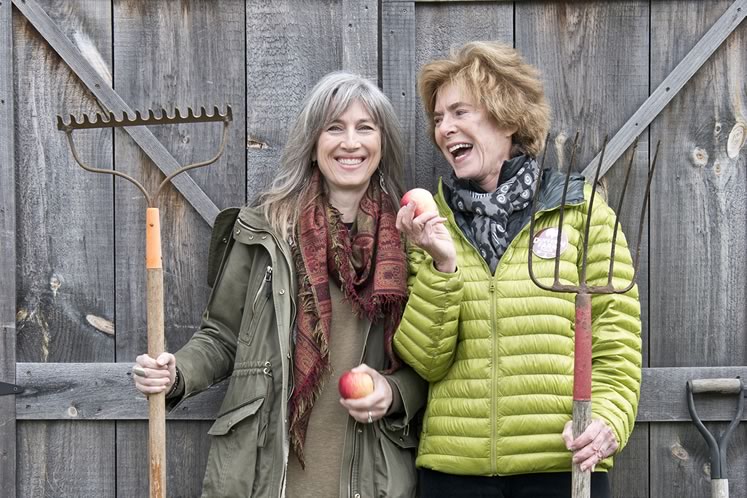 Though she once had a high-profile career in art and fashion, Marci is perhaps best known in these parts for spearheading the Headwaters Farm Fresh Guide, a map and listings showing where to find local farmers and their products. (The guide is published each summer in this magazine and available year-round at headwatersfarmfresh.ca.)

Marci got thinking about local produce when a beekeeper set up hives on her Mono property, and it wasn’t long before her well-honed marketing instincts kicked in. In 2011 she produced the first version of a local food map. This year’s guide lists more than 60 farms.

Jennifer’s passion for local food began at her home, just around the corner from Marci in Mono. “As soon as you have kids you start thinking about food and health and the environment,” she says. Through a stint selling advertising in the sector, she met a group of people with the same priorities “who were working together for a purpose.”

Jennifer and Marci have both volunteered for Headwaters Food and Farming Alliance since it was founded in 2012 under Headwaters Communities in Action, a citizens’ group devoted to enhancing community well-being. Surveys by that group had identified local food and agriculture as a priority of residents in Headwaters. So one of HFFA’s early initiatives was the Headwaters Food Charter and Action Plan. It established six pillars to support the local food system, including sustainability, access, environmental responsibility and economic vitality.

With the help of government grants, Jennifer was hired in 2014 for four years as a program co-ordinator for HFFA. In that role, she and fellow co-ordinator Nicole Hambleton initiated the Farm to School programs, which bring farmers and elementary students together through in-class workshops, family food classes and a local food club. Student members of the food club receive what Jennifer describes as “a meal in a bag.” It contains locally grown ingredients, a recipe, tips for getting kids to help cook the meal, information about local farms and a list of suppliers. Twelve schools currently participate.

This summer, following some successful pilot efforts, Marci launched the Farm to Table dinner series with Jennifer as lead hand. The dinners took place on three farms with chefs preparing meals from local ingredients. A winter series in restaurants begins in January.

A longtime volunteer for the popular Dufferin Farm Tour, Marci has also recently turned her attention to regenerative agriculture, a technique that uses rotational planting, cover crops and a no-till approach to reduce the environmental impact of farming. “We wanted to get together farmers from across the region,” she says, so she organized a farm social on the topic. More than 100 people turned out. A second event, featuring international experts in the field, is planned for February.

Of all her hard work, Marci is modest: “I have the time, passion and means. It’s the combo you want.” Jennifer describes herself even more succinctly: “I call myself a quiet activist.” 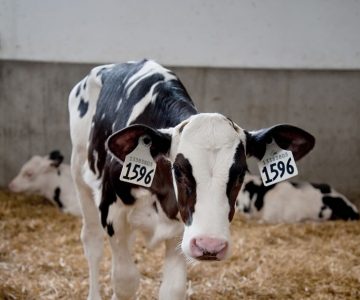 Dufferin Farm Tour offers a behind-the-scenes peek at agricultural life in the county.